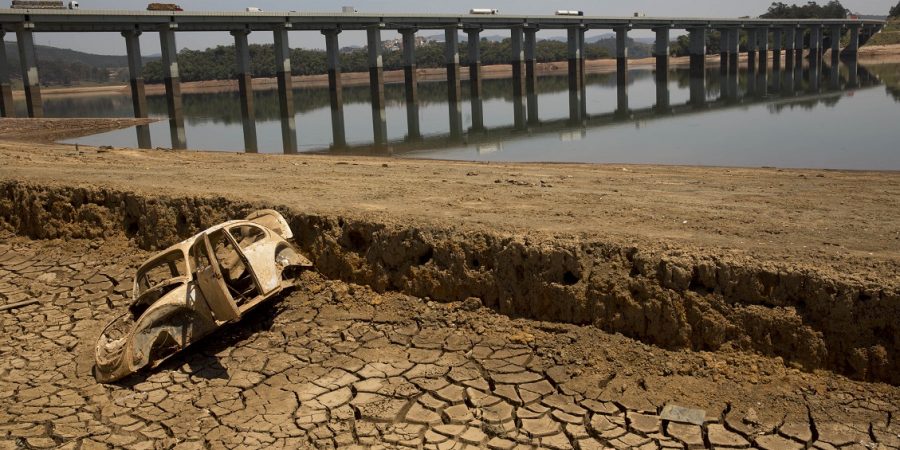 Water scarcity already affects more than 40 percent of the world’s population, with one in four people projected to face chronic or recurring shortages by 2050. Cities are at the forefront of the problem. Drought-stricken Cape Town could run out of water as soon as April, but South Africa is not alone in its struggle as ever more world cities battle acute water shortages. Here a list of some of the crisis cities: 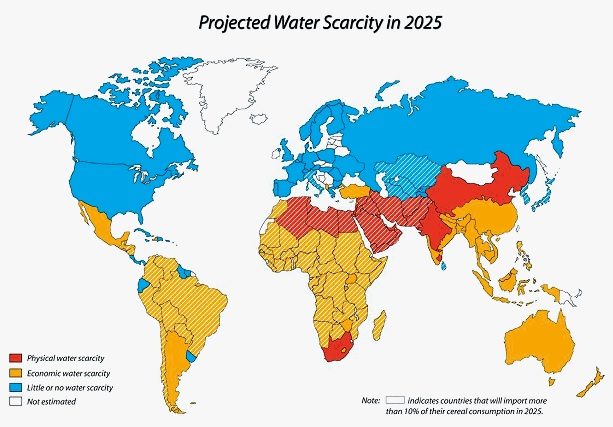 Map of water scarcity around the world. via fewresources.org

SAO PAULO, BRAZIL
Sao Paulo is Brazil’s largest city and a metropolitan region of 20 million people. The reservoir supplying the megapole nearly dried up in 2015, as the country faced its worst drought in 80 years, depriving many residents of water for 12 hours a day.

The city was criticised by U.N. experts for losing 31 percent of its treated water to leaks and theft, compared to an average of 16 percent in the United States.

LIMA, PERU
Rain in the Peruvian capital is almost non-existent, with average annual precipitation of 7 millimetres. Water is expected to become scarcer still as Andean glaciers thaw, reducing flows as the ice disappears.

The city has been working to improve watersheds in the Andes mountains, while residents in hillside shantytowns overlooking the city have been using nets to condense thick fog from the Pacific Ocean into drainage pipes.

AMMAN, JORDAN
Amman, the capital city of Jordan, has no nearby source of water and regularly experiences drought, while its lower-lying parts are inundated when it rains heavily. The city recycles the vast majority of its waste water and uses it for irrigation but a refugee influx from neighbouring Syria has put additional pressure on reserves countrywide.

The government is moving ahead with new pipelines for groundwater and projects to desalinate water from the Red Sea.

MEXICO CITY, MEXICO
Despite the heavy downpours that come each rainy season, Mexico City, a mega-city of 21.3 million people, depends on depleting aquifers and has long struggled with providing enough water to its inhabitants. Built on what was once a lake, it is also prone to flooding.

Having over-pumped local supplies so much that land is sinking, the city is working to redesign its water system, which sources a third of its supplies from nearby river basins and valleys.

MELBOURNE, AUSTRALIA
The Australian city suffered the so-called ‘Millennium drought’ between 1997 and 2009. It was one of the worst dry spells on record. Melbourne has since slashed per capita water use by half and installed desalination and recycling plants.

KABUL, AFGHANISTAN
Originally planned to support about 1 million people, the Afghan capital is now home to more than 4.6 million.

Several unseasonably dry winters, along with the sprawling population, have strained supplies. Those who can afford to, have dug unregulated wells to tap a falling water table.

Water is Gold! And canals are running dry in Venice!