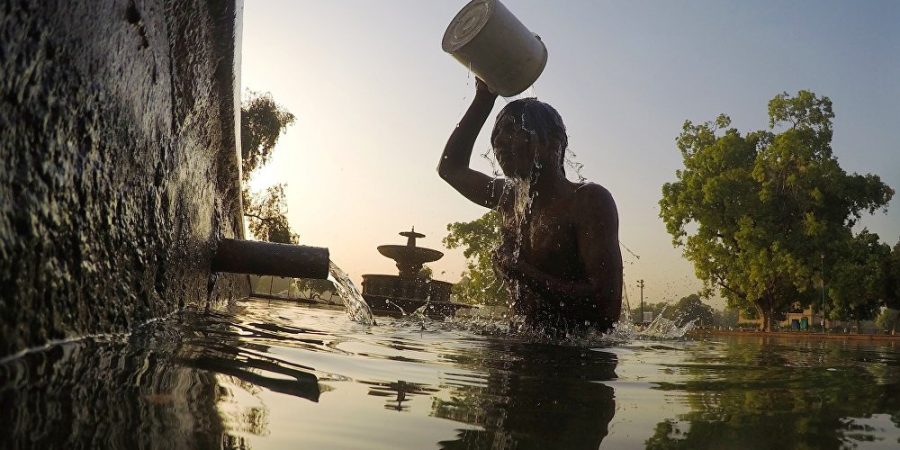 Scorching heat, coupled with drought, which has prompted a water crisis in several parts of India, has led to more than a 200 deaths as the temperature has soared to 49.3 degrees Celsius in India.

The southern parts of India are especially facing severe water crisis, which is forcing farmers to end their lives under the burden of high debt due to crop failure this year. The southern region includes the states of Andhra Pradesh, Telangana, Karnataka, Kerala and Tamil Nadu.

India has witnessed more than 4,600 deaths caused by heat wave over the last four years.

Editor’s comment: I started noticing a few years ago that the weather in North America was like a roller coaster ride, one day warm one day cold and the trend carried on for a few years. As of late 2014-2015 I noticed the seasons were not falling on schedule (almanac schedule) but were drifting past their “scheduled” dates by a fair amount. Winter was stretching into spring. Now in 2017 it is even more extreme. IN the north east it is far colder on average than it should be for late May and according to weather reports it will continue to be unusually cooler temps in the coming weeks. I wonder if the furnace will be coming on in June to keep the house warm and if this will become the new norm (scary thought).

With that said, some parts of the world have been facing the extreme opposite (ie heat waves). I am not a weather expert or scientist but have some knowledge about some possible causes of this extreme contrasting weather. Chemtrails in North America are constant and excessive and I can’t help but wonder if this might have to do with the abnormally cold temps the North East and even some central portions of North America has been experiencing.

Another possibility is Earth’s tilt and wobble. I always had this personal thought or theory that that is what is causing the up and down temps from day to day and also the extreme contrasting in temperatures in different parts of the world (aside from the normal weather differences based on geographic location).

The weather is getting more and more interesting. If you would like to add your thoughts on this topic you are welcome to visit our forum where we’ve started a topic specifically about this: http://bendedreality.prophpbb.com/topic22.html or feel free to leave a comment below in the Disqus comment section.