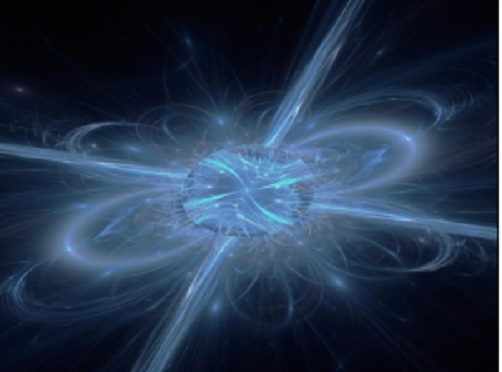 Have you thanked God for neutron and black hole merging events today? You should. A new study of an ancient dwarf galaxy shows that human life—and certainly a global high-technology civilization—might not have been possible if it weren’t for neutron and black hole merger events. Without such events, Earth and the rest of the universe would lack the abundance of elements heavier than zinc that are needed for the existence of billions of people on a single planet.

Astronomers have known for several decades that elements heavier than zinc are synthesized through rapid (r) and slow (s) neutron-capture processes. The r-processis known to occur in core-collapse supernovae (very massive stars whose cores collapse when nuclear fusion suddenly becomes unable to sustain the cores against the stars’ gravitational forces) and is responsible for the production of about half of all the elements in the periodic table that are heavier than iron (see figure). The s-process occurs in asymptotic giant branch stars (medium mass stars that have evolved to become hyperinflated red supergiants) and is responsible for the production of the other half of periodic table elements heavier than iron. However, the s-process is not independent of the r-process. The s-process converts elements produced by the r-process into different heavy elements. 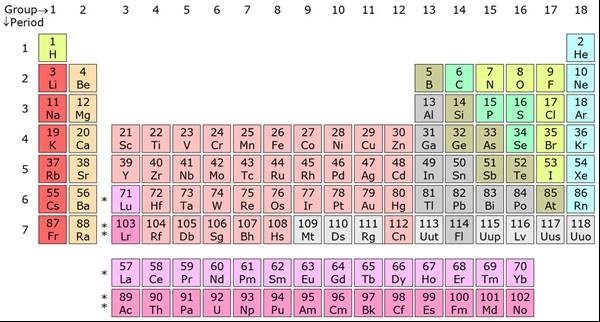 Figure 1: The periodic table. All elements heavier than zinc (30 Zn) are either r-process elements or s-process elements that are derived from the production of r-process elements. Arsenic (33 As), selenium (34 Se), molybdenum (42 Mo), tin (50 Sn), and iodine (53 I) are vital poisons.
Image credit: Wikimedia Commons/Sandbh

Motivated to test this hypothesis, four astronomers from MIT, the Carnegie Institution for Science, and the Joint Institute for Nuclear Astrophysics measured the abundance of several r-process elements in seven of the nine brightest stars in Reticulum II.2 Reticulum II is an ultra-faint dwarf galaxy that has remained undisturbed by other galaxies or infalling intergalactic gas since it formed more than 10 billion years ago. The enrichment of the r-process elements that the four astronomers measured in the seven Reticulum II stars was “two or three orders of magnitude higher,” that is, approximately 100 to 1,000 times greater, than that which has been detected in any other ultra-faint dwarf galaxy.

The amounts of r-process and s-process elements on Earth are both at the just-right levels for humans to exist and to make a global high-technology civilization possible. This fine-tuning is imperative because too much arsenic, selenium, molybdenum, tin, or iodine in our diets will kill us. Too little of any one of these elements in our diet will also kill us. Each one of these vital poisons must be consumed at a precise level.

Apparently, the universe is designed so that the just-right number and types of merging events occur to produce the necessary amount of r-process elements so that billions of human beings can enjoy a global high-technology civilization here on Earth and use that technology to take the Good News of salvation to all the people groups of the world.
Now, aren’t you motivated to thank God for creating and designing the universe so carefully?

IF YOU ENJOY THIS SITE PLEASE TELL OTHERS ABOUT US…SHARING IS CARING
SHOW YOU CARE, COMMENT AND SHARE (BELOW)
The views expressed and information presented in this article are those of the author and their sources – If you wish to republish this article please include full attribution to this site (BENDEDREALITY.COM) and the author of the article – If you are interested in being a guest writer for our site, please CONTACT US and let us know (EXPERIENCE NOT MANDATORY).