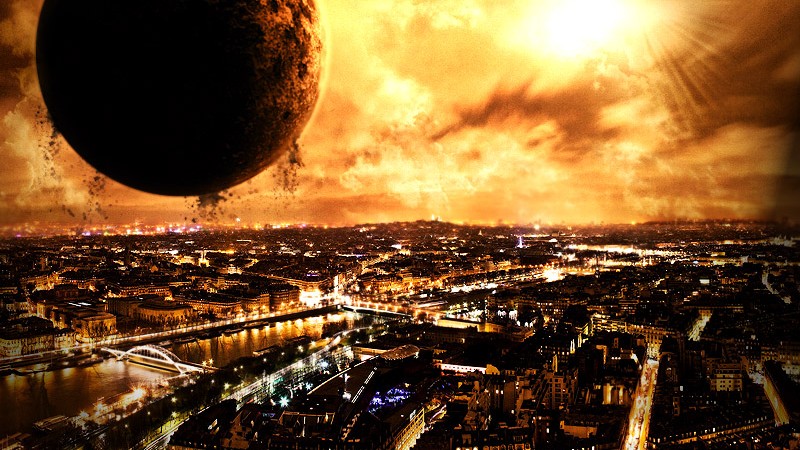 So I would imagine those of you that believe in Planet X are wondering after the SHTF what to do next if you are the lucky one that survives. Well you have to imagine that your neighbor’s are going to be wandering aimlessly wondering first what the hell happened and once they are over the shock of the devastation they are going to wonder what to do next. Your friends and neighbors are not going to realize that the devastation they have experienced was worldwide and will expect that the emergency response teams will be dispatched and assist in search and rescue, but after a short time you will come to the realization that no one is coming.

They will be looking for answers but won’t know which way to turn. This is when you need to step up to the plate and explain to all of these people exactly what has transpired. Even though the devastation is acute there will still be non-believers in the crowd of people you will be addressing.

The best way to explain the events would be from the beginning, meaning the discovery of planet X back in 1982 but more likely even earlier than that, and how the government and NASA has kept it a secret for so long and the fact that they have been constructing massive interconnected underground bunkers in the central United States (123) to date.

Newsweek Article from 1982…NASA was doing what now?

You will be inundated with all kinds of questions and it is going to take some time for people to come to the realization that all that you have told them is true.

There will be great resistance at first because people have been lead to believe that the government has their best interests at heart when in fact it is the opposite.

People will not realize the simplest of things such as they will not be able to use the toilet in your own home as the pumps that remove the sewage will not be working, the taps in their homes may work for a very short time due to the head pressure but that water stored in the huge tank will soon be drained and just air will whistle out of the taps.

Some people will immediately head to the grocery stores to get supplies and it will only be a matter of hours before every grocery, hardware store, pharmacy and your local convenience store will be emptied out. Fights will break out at many locations as people become desperate to feed their families and with no law enforcement to protect people it will become the survival of the fittest and a blood bath. 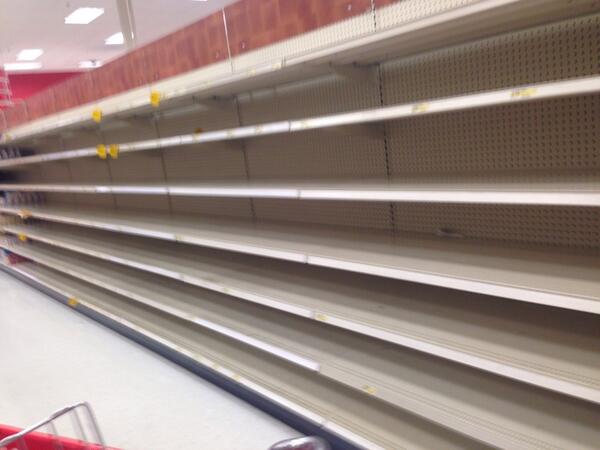 There will be many traffic accidents as people become aware of the situation and they will be speeding everywhere and not even stopping for a red light. With there being no electricity you will not be able to fuel your vehicle unless you happen to have a hand pump or a battery driven pump to suck out the gas from the tanks at the gas station.

Eventually the sound of gunfire will ring through the air as people become more desperate, many people will be shot and killed for the food and water they have in their possession, and those with guns will rule. Let’s face it if you come out of a grocery store with a cart full food and water and you may end up looking down the barrel of a twelve gauge shot gun I don’t think you are going to resist them taking your supplies away from you.

These are some of the things you are going to have to explain to the people around you and hopefully they will listen and take note. You at this point are becoming their leader and for your survival as well as other’s, you must form a group as quickly as possible just for self-protection before people from other “not so nice” districts form gangs. By having a group, a twenty four hour watch rotation can be established in order to protect not only the supplies you have but also your families. When people get hungry they become the same as any beast in the wild and will go to great lengths to have a full belly. The most religious people will turn and revert to becoming savage people as their primal instincts will kick in, and staying alive will be the prime objective.

Simple things like going to the bathroom will become a major problem more so for the women than the men. Taking a shower is now totally out of the question but staying clean is very important as diseases will fester in a very short time. Money will mean nothing but possessions will, along with stored food, water and any other survival items will be a premium.

There will come a time when you will have to shoot a person or persons who are trying to invade your home and if you believe you would not think twice you are living in La La land because you will think twice. It will be necessary to pull that trigger and it will probably be the most difficult decision you have ever made in your life.

You are also going to have to explain to people that all of this devastation will be repeated in approximately one hundred a fifty days later, which is the time it will take for Planet X to orbit the sun and once it passes Earth the debris field which Earth will have to go through again will result in more fiery meteors raining down and creating massive destruction.

Rival gangs will be formed and territories mark out by them so venturing out will be very difficult as you may well get ambushed and most likely killed for your weapons and ammo and anything else you might be carrying at the time. There is safety in numbers so the more of you that collectively venture out the greater the chances are of survival. Having a good stock of ammunition is essential because if you happen to get into a gun battle you will be surprised how quickly you will use that ammunition up. I would suggest at least twenty thousand rounds would hold you for a while but you must be vigilant when venturing out to keep an eye out for more ammo. 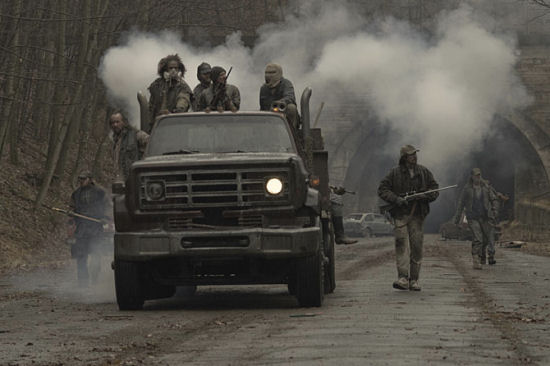 Good trading items will be cigarettes, liquor, medical supplies, drugs, batteries, fuel, candles, food and water and I am sure you can think of other items you can use to barter with, remember you can never have too much of something in these times.

Recycling and garbage disposal will be an issue, but much of the waste can be put back into the soil or used as fuel for cooking. Building an outdoor stove or oven is not that difficult, there is a lot of info on the web on how to do that but, I suggest that printing a hard copy of any info on the web is a good idea before the electric power grid is destroyed. 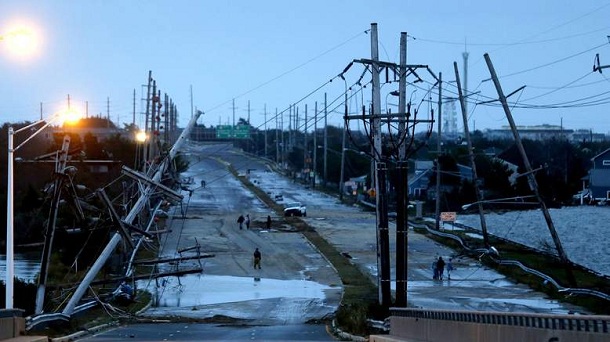 You will have to figure out how to set up a latrine, medical center, common food storage, the growing of food, developing some sort of security such as those who possess weapons will have to patrol the area to make sure everyone is safe and secure. The setting up of traps might be worth a thought, securing windows with metal bars is a must.

If you live near to a crop farmer you may be able to strike up a deal with him such as helping him plant and then him sharing what is grown. There are many avenues to survival and these are just a few but the more people you have in your community the broader the skill level as we will be thrust back into the eighteen hundreds.

The stress level is going to be extremely high, tempers will be short, mass confusion will prevail. Trust of others will be an issue with people as most will do anything to survive and friendships will be put to the test. 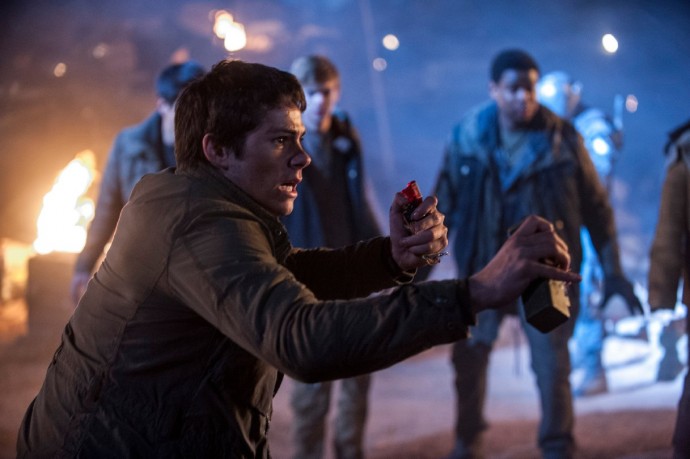 Some of you are probably reading this article thinking that there is no way that this will happen in our life time and the only thing I say to that is look at the extreme weather changes around the world, the increase in volcanoes, earthquakes, sink holes and increase in fireballs entering our atmosphere.

From people who email me from around the world I know first hand that thing are far from normal. I have lived in Canada since 1974 and this is the first time I have not had to shovel snow, we usually have at least two feet or more but this year I have only seen one inch. Take Mexico for example they had a rough winter like never before, floods have devastated many European countries like they have never experienced before.

In regards to this ninth planet they are talking about I personally don’t hold much credence in that, in fact I believe it is all to redirect your focus while Planet X sneaks up on us. Many have said that March is a critical month and that we will see more extreme conditions or catastrophes, well that could be true judging by the latest trends.

Watch out for sink holes, just had one in a neighbouring city

YOU MIGHT WANT TO READ THIS: Planet X Nibiru Coming March 2016 Get Ready For A Shock says Outspoken Astronomer

IF YOU LIKE BENDEDREALITY.COM PLEASE TELL OTHERS ABOUT US…SHARING IS CARING
HAVE A COMMENT? LEAVE YOUR COMMENTS BELOW
Re-posting of this article is allowed with full attribution/credit to the author and this site (bendedreality.com). It must be in it’s original form, no edits or modifications of it’s contents in any manner.
The views expressed in this article are solely those of the writer and do not necessarily reflect the views of all or other BendedReality staff – If you are interested in being a guest writer for our site, please CONTACT US and let us know, we would be glad to consider you for a guest writing opportunity (NO EXPERIENCE IS REQUIRED).