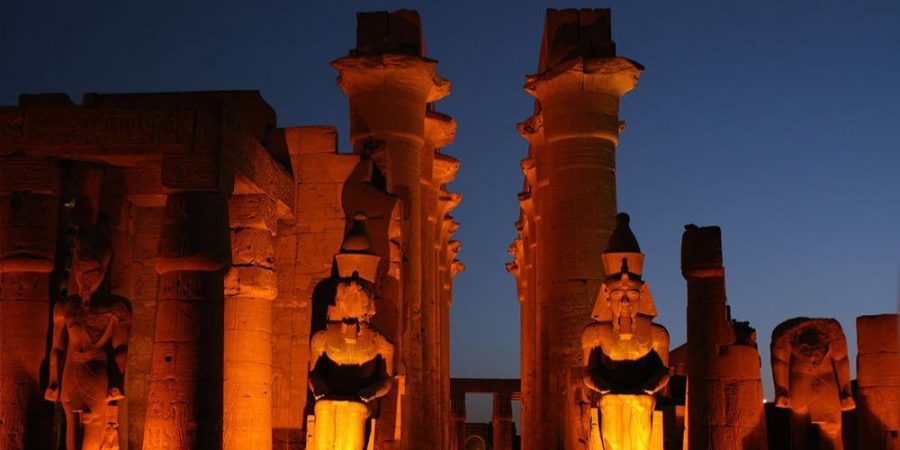 Modern technology and exploration has led many to conclude that ancient astronauts visited earth and affected mankind. Some even say mankind came from them or was created by them.

The essence is that the presence of these ancient astronauts somehow disputes the Word of God in the Bible and presents a case for an alternate view of history. However, we need to take a closer look.

Throughout the Old Testament, God issues warnings to Israel to avoid contact with heathen nations who worship other gods. We believe these “other gods” are space aliens who built fine edifices but also misdirected their followers. That’s why God sent armies in to destroy them – in some cases sparing no one. To this day, they’re living up to their own low standards, using Satan’s oldest trick of, “Yea hath God said?” And still men and women fall for it, expecting to gain higher knowledge of what really happened and where mankind really originated.

God saw no benefit to anything these alien gods did and thus warned Israel about them. It’s also impossible for any of these to gain salvation, as they’re fully aware of God and His Word and their own rebellion in the past. They know they’re finished and their only quest is to take as many humans as they can with them.

God decided to finish most of them off as follows:

Exodus 12:12, “For I will pass through the land of Egypt this night, and will smite all the firstborn in the land of Egypt, both man and beast; and against all the gods of Egypt I will execute judgment: I am the LORD.” Note: these “gods” are so-called “space aliens,” and originate in the first and second heaven, on earth and it’s immediate “Aer” [as the Greeks called it, which is where we get our word, “Air,” but their concept went deeper] and under the earth. They’re sometimes referred to as “devils,” “demons,” or “evil spirits.”

Many Churches are aware of them and easily dismiss them by calling upon Jesus Christ for deliverance, which makes the evil ones scatter like flies. Chuck Missler, a retired Nuclear Physicist, comments as follows:

These evil spirits masquerading as space aliens are smarter and stronger than men and seek only to reek havoc, even though their ploy never hints of their true purpose. They offer nothing of value and are almost always accompanied by dread, fear, darkness and depression, which is the very way the Greeks described the “Aer,” or 2nd dimension, where ghosts and haunts reside.

God’s judgment of all the gods of Egypt marked a crisis in Egyptian history as there was an earth-shattering crisis during the Sixth Dynasty of the Pharaohs. Virtually everything changed and historians have been greatly puzzled offering many reasons as to how and why it could have happened – because they don’t read the Bible – which plainly tells them.

False “gods” had far more power than humans and could easily build the Pyramids and other magnificent structures, as well as all the ancient artifacts for which modern explorers exhibit or show written descriptions. There’s no reason to doubt any of that information, but be aware of whom it describes and its mention in Holy Scripture.

From that point onward, the “force,” was no longer with the Egyptians and there was an immediate decline with lasting effects.

The Fall of the Egyptian Old Kingdom

Many presentations, especially on “YouTube,” offer thorough, in-depth findings and ideas about how “ancient astronauts” created mankind for slaves to mine gold to “repair their failing atmosphere” on their so-called, “home planet,” but so it goes with demonic liars. Not that those who report these findings are in error, because they’re not, and we applaud them for doing such an excellent job of it!

We don’t doubt the presence of these pseudo “gods” on earth, but we doubt their stories about why they’re here. Their end is coming soon and they know it. People who believe in Jesus Christ and perhaps others, don’t need to fear them as their disguise is compromised when they’re found out.

The following is an excerpt from the hyperlink listed above:

“End of a dynasty

Nothing prepared Egypt for the eclipse of royal power and poverty that came after Pepy II.

Nothing prepared Egypt for the eclipse of royal power and poverty that came after Pepy II (Neferkare). He had ruled for more than 90 years (2246 – 2152 BC) as the fourth king of the 6th Dynasty of the Old Kingdom . Within the span of 20 years, fragmentary records indicate that no less than 18 kings and possibly one queen ascended the throne with nominal control over the country. This was the entire length of the 7th and 8th Dynasties (2150 – 2134 BC). In the last few years of the 6th Dynasty, the erosion of power of the centralized state was offset by that of provincial governors and officials who became hereditary holders of their posts and treated their regions as their own property.

Egypt, to be sure, survived the disastrous collapse of the monarchy. Within a century, Egyptians had re-invented centralized government.

They refurbished the image of kings so that they were not merely rulers by virtue of their divine descent but more importantly had to uphold order and justice, care for the dispossessed and show mercy and compassion. The crisis that shook Egyptian society thus heralded the most dramatic transformation in the royal institution, which was destined never to be separated from this social function.

The crisis not only reformed the monarchy but also instilled the spirit of social justice and laid the foundation for mercy and compassion as fundamental virtues. It was these concepts that were later to infuse Christianity and Islam. It was these same concepts that eventually led to the overthrowing of monarchs who repeatedly usurped their powers and denied people their religious rights.
Fragmented rule

Historically, this has always been the case because kingship is less about the king in person than the institution whose beneficiaries – the royal court, nobles, regional governors and priests – gain from its presence. They suffer to lose everything if the intuition is compromised or handed over to another royal personage. For this reason, the principle of divine kingship was maintained even when the king was replaced by rulers drawn from outside the family of the enthroned king.

Inscription in the tomb of local Governor, Ankhtifi, who lived during the time of the collapse of the Old Kingdom . ©We have no indication at the end of the 6th Dynasty that there was a bid for power by the local governors. It is only after the initial breakdown that power was wielded by the kings of a province in Middle Egypt, later called Herakleopolis. The capital was approximately 15 km west of Beni Suef on the right bank of Bahr Yusuf. According to Manetho, Herakleopolis became the capital of Egypt during the 9th and 10th Dynasties and the town played a major role after the end of the Old Kingdom . Evidence for this account comes from inscriptions in the tombs of a vassal prince at Asyut . These reveal that war broke out between the kings of Herakleopolis and Theban kings. The war lasted for several years and ended when the Theban king Mentuhotep II Nebhepetre (2061 – 2010 BC) defeated Herakleopolis before re-unifying the country.

Contrary to what some Egyptologists claim, the stability of the long reign of Pepy II was most likely due to the decentralization of the government. This is one of the most successful strategies in managing complex organizations. The ambitions of local governors in such a system are primarily curtailed by the economic and defence rewards of being a vassal. In addition, there is the strong likelihood of failure in staging an uprising because the king can count on many more loyalists. Only when the monarchy is undermined by some unforeseen cause, would charismatic and ambitious provincial governors seek to become kings. In this situation, they stand to gain from restoring the monarchy in their name, thus counting on the support of others who, in the absence of a powerful king, would rally behind them.

Aftermath of the drought and sandstorms which destroyed the Egyptian Old Kingdom around 2200 BC (animation reconstruction) ©What was the factor that weakened the monarchy and allowed provincial governors to assume royal power over their regions? One possibility is an invasion by Asiatics. However, there is no evidence that Asiatics invaded Egypt at the end of the Old Kingdom . Alternatively, the initial breakdown of the Old Kingdom was caused by a sudden, unanticipated, catastrophic reduction in the Nile floods over two or three decades. This was so severe that famine gripped the country and paralysed the political institutions. People were forced to commit unheard of atrocities such as eating their own children and violating the sacred sanctity of the royal dead. The Egyptian sage Ipuwer gives a graphic description of the horrendous events of that time.

Lo, the desert claims the land Towns are ravaged, Upper Egypt became a wasteland Lo, everyone’s hair [has fallen out] Lo, great and small say, ‘I wish I were dead’ Lo, children of nobles are dashed against walls Infants are put on high ground Food is lacking Wearers of fine linen are beaten with [sticks] Ladies suffer like maidservants Lo, those who were entombed are cast on high grounds Men stir up strife unopposed Groaning is throughout the land, mingled with laments See now the land deprived of kingship What the pyramid hid is empty [The] People are diminished.”