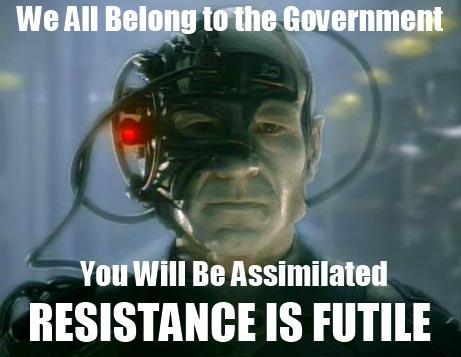 Being born in England back in 1951 I enjoyed my freedom and life was simple and somewhat becoming prosperous after WWII. It seems now however the powers to be want to sell Britain down the river to the European Union (EU). The link below certainly puts things in perspective and I watch it all with amazement as to how people in Britain are being sold down the river by their own kind. With corruption in governments being totally out of control mainly for personal gain it is time to take your country back. Years ago when the British Government tried to introduce a pole tax people rose up and there were riots in the streets and the government had to abandon it. Well it is time to rise up again because they are selling you down the river right under your very noses and not too many people are aware of this. I am sure you know that your standard of living has eroded over the years and there is no plan by your government to improve your situation because that is part of the plan. Britain has become inundated with immigrants and the government is bending over backwards to accommodate these people and the last time I visited Britain I did not recognize it as my country of birth, so much had change.

When we joined the common market that was the first nail in the coffin for Britain and slowly your freedoms are being eroded, but it is done so gradually most are not aware of this fact. The globalist have a plan which you are not aware of and that plan is well on its way to becoming reality. I watched this entire video (video below) and I think you will be shocked as to what is being planned for you and the future for your children. Britain was always proud of its independence and the products it produced were sort after world wide because of the quality of these products. So take a look around and you will notice that all those products we use to make are now made in China, Korea or some other Asian country. It is time that people in Western countries take back control and it has to start somewhere so why not start in Britain. The idea eventually is a one world government (New World Order) which means every man woman and child will be enslaved and will have no rights what so ever. So all those brave soldiers that fought and died for our freedom in both world wars will be in vein if we allow these elite globalist to accomplish their goal. This is not just unique to Britain it is a world wide plane of a few mega wealthy people who have a burning desire to rule the world and it reminded of the James Bond movie DrNo, when Sean Connery says world domination same old dream.

One of the tools that are used by the globalists is fear and what I mean by that is they create these terrorist so they can create panic among the populous and introduce Marshall law and I predict that this will spread to other countries like the United States. The Governments have had years to practice conning people into believing they are free when in fact your rights are being eroded gradually so you don’t notice. Just take a look at all the cameras that are positioned in major cities so they can keep an eye on everyone and I am sure that your privacy has been encroached upon with monitoring emails, phones etc. It use to be that the governments of the world worked for the people but if you take a hard look you will see that it is quite the opposite and you have been assimilated to obey almost without question. So now you are thinking I am crazy but you really need to take a hard look around you and think back to how it use to be and how it is today. Look at all the corruption in government and they are lining their pockets with your hard earned money, look how corrupt the church leaders have become, can you young people afford to buy a house today, I bet not.

I write these articles in the hope that many people will read them and wake up to reality but I am wondering if most just think I have an over active imagination or that they just don’t give a crap so long as they can go the pub for a pint of beer. If this information like other information written on the globalist plan is not taken seriously we are doomed and deserve what we get. Oh I get it, you will wait for neighbour or friend to take care of it because you are afraid or too lazy to secure your future. Well there is no Santa Claus when it comes to taking back your rights and freedom, it takes guts and effort so which category do you fit in. Oh I get it, you are afraid that your friends think you have lost your marbles and they will alienate you, we’ll do you have guts or are you a wimp?

IF YOU LIKE BENDEDREALITY.COM PLEASE TELL OTHERS ABOUT US…SHARING IS CARING
HAVE A COMMENT? LEAVE YOUR COMMENT BELOW
The views expressed in this article are solely those of the writer and do not necessarily reflect the views of all or other BendedReality staff – If you are interested in being a guest writer for our site, please CONTACT US and let us know, we would be glad to consider you for a guest writing opportunity.