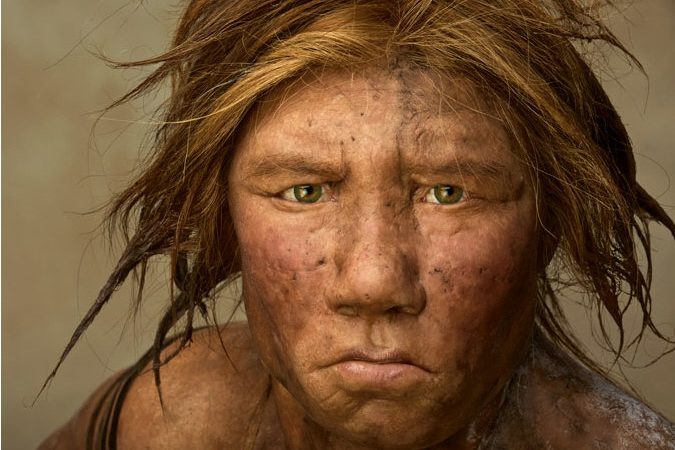 The Story of Zana the Mysterious Russian Neanderthal Found in 1850

The Discovery of Zana 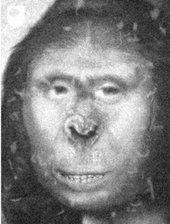 A leading geneticist claims a towering woman named Zana (artist’s representation) who lived in 19th Century Russia – and appeared to be ‘half human, half ape’ – could have been the fabled yeti

The year is 1850. The place is the Ochamchir region of Georgia in Russia. A group of local hunters are prowling through the forests in search of whatever they can find – What they DO eventually find, shakes their beliefs to their foundations and leaves the world with an enigma that has yet to be explained.

The year is 1850. The place is the Ochamchir region of Georgia in Russia. A group of local hunters are prowling through the forests in search of whatever they can find – What they DO eventually find, shakes their beliefs to their foundations and leaves the world with an enigma that has yet to be explained.

What they saw appeared to be human – and yet not human. It seemed to be young and female with ape-like features. Her arms,legs,and fingers were unusually thick. her bosom was described as “Massive” and she was covered with thick dark hair. She was also said to be absolutely ferocious, nevertheless, the hunters managed to capture her alive and brought her to the isolated mountain village of T’khina fifty miles from Sukhumi, where she was given to a nobleman called Edgi Genaba.

So violent and ferocious was she, that for the first three years after her capture she was kept in a cage where she dug herself a hole to sleep in. The village people were terrified of her rages and would not venture near – food was thrown to her.

Over the course of time, she became tamer and eventually, domesticated. She was given the name Zana, and was moved to a wattle enclosure, tethered at first but later was released and allowed to roam free, but she never wandered far from the place where she was fed. She eventually learned some simple tasks such as grinding corn and carrying wood, but never mastered a single word of speech, her only utterances being grunts and – if angered – howls.

The women of the village remained scared of her – she could be ferocious and bite when angry – and would only come near if she was in a happy mood. Her Master Edgi Genaba, however could control her and she would react with fear if he shouted at her.. 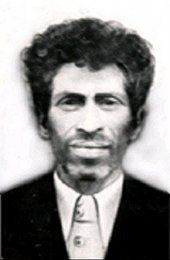 Zana was Immensely strong. it was said that she could outrun a horse. Without apparent effort she could lift an 80 Kg sack of flour with one hand and then carry it from the water-mill to the village – all uphill. She could effortlessly climb trees to retrieve grapes (which she loved). Zana also liked to roam the forest at night-time and on warmer days would often rest in chilled pools of water alongside water buffaloes.

Zana had an aversion to heat, could not abide being in a heated room and would tear off any clothing, preferring to walk naked even during the harshest of winters. She developed a fondness for wine and would often drink herself insensible.

She had a number of children by a number of men – It has been suggested that this was the result of abuse on the many occasions that she had drunk herself into unconsciousness. She always gave birth unassisted and many of the children did not survive the birth. It has been theorised that this was due to the incompatibility of her genes with the Homo Sapien fathers.

She is known to have killed at least one of her offspring by her habit of washing the new-borns in the freezing river. The babies, obviously not having inherited their mothers tolerance of cold temperatures, succumbed to hypothermia in the fridgid waters. Later offspring were removed from her at birth and fostered with other families in the village. 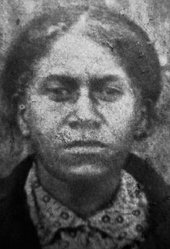 A daughter of Zana

Among the theories concerning Zana’s origins is one that she could be an Almas – A sort of Soviet Bigfoot – there are many anecdotal stories of such creatures having been sighted in the area she was captured. Another theory put forward by Professor Boris Porchnev of the Moscow Academy of Sciences is that she was actually a member of the remnants of a Neanderthal race that still survives in the mountainous areas of Russia.

Zana is said to have died in 1890 and the whereabouts of her skeleton is not known, so a forensic examination of her remains is not possible. Her children, however, are a different matter.

Zana’s children were said to be dark-skinned, very strong and slightly strange looking, but despite some unusual psychological features, could learn, and speak and were regarded as relatively normal. 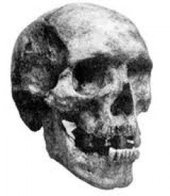 One of her youngest children, her son Khwit (who’s father according to rumour, was Edgi Genaba himself), died in 1954. He was incredibly strongly built, and had dark skin, but apart from these two attributes, he seems to have inherited most of his facial features from his father.

Khwit’s skull was given to Anthropologist M.A.Kolodieva who compared it to other typical male skulls from Abkhazia who found it to be significantly different from them. She Wrote:

“The Tkhina skull exhibits an original combination of modern and ancient features … The facial section of the skull is significantly larger in comparison with the mean Abkhaz type … All the measurements and indices of the superciliary cranial contour are greater not only than those of the mean Abkhaz series, but also than those of the maximum size of some fossil skulls studied (or rather were compara­ble with the latter). The Tkhina skull approaches closest the Neolithic Vovnigi II skulls of the fossil series…”

Is it Possible that Neanderthals Still Walk Amongst us?

So are the detected differences in Khwit’s skull, which presumably have been inherited from his Mother Zana, due to the fact that Zana was indeed a different species of Human; One of many such people (if anecdotal evidence is to be believed) who continue live, animal-like and unaffected by modern life, in the remoter areas of Russia and possibly the wider world? .

Could she have been, as Professor Porchnev suggested the descendant of a Neanderthal tribe, and do they, in some remote areas of the world, still walk amongst us?