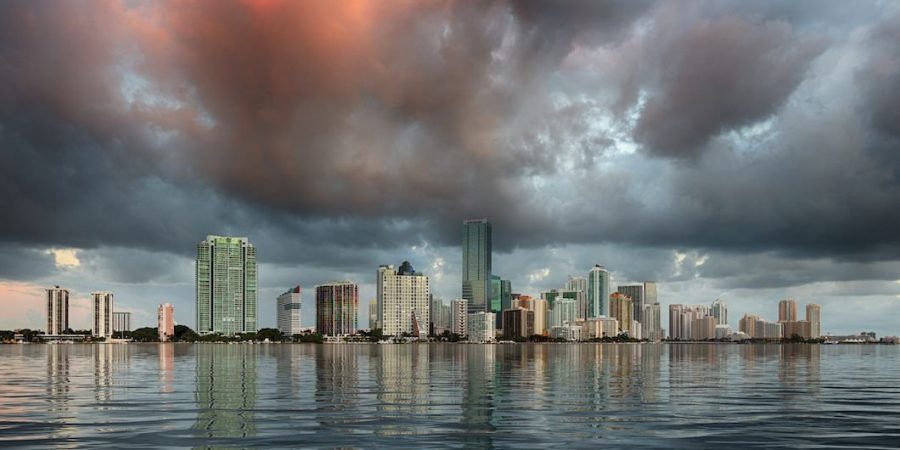 The US Cities Most at Risk of Going Underwater By 2100

Miami Beach, Atlantic City, and Mount Pleasant are among the 12 US cities most at risk from sea level rise.

This information comes courtesy of 24/7 Wall Street, a financial news and commentary website that created a list of the 35 cities most likely to go underwater. The results are based on data amassed by the Union of Concerned Scientists (UCS) in their 2018 report on sea level rise, which found nearly 2.5 million properties will be at risk of chronic flooding by 2100.

The list includes information on the population with homes at risk of flooding in 2060 and 2100 as well as habitable land that will be underwater by 2060 and 2100, and current property value at risk in 2060. The numbers are based on the UCS’ “high” scenario, which predicts a 2 meter (6.6 feet) rise above 1992 sea levels by the end of the century. Properties included in “risk of flooding” are those at risk of flooding 26 times or more a year.

Unsurprisingly, coastal cities fare worse than inland urban centers, but those in Florida and New Jersey are some of the most at risk.

“By the end of the century, Florida alone would account for more than 40 percent of the nation’s at-risk homes,” the report states. “In New Jersey, in the same time frame, more than 250,000 homes would be at risk.”

And so, without further ado, the 12 cities most at risk from sea level rise are, in descending order: