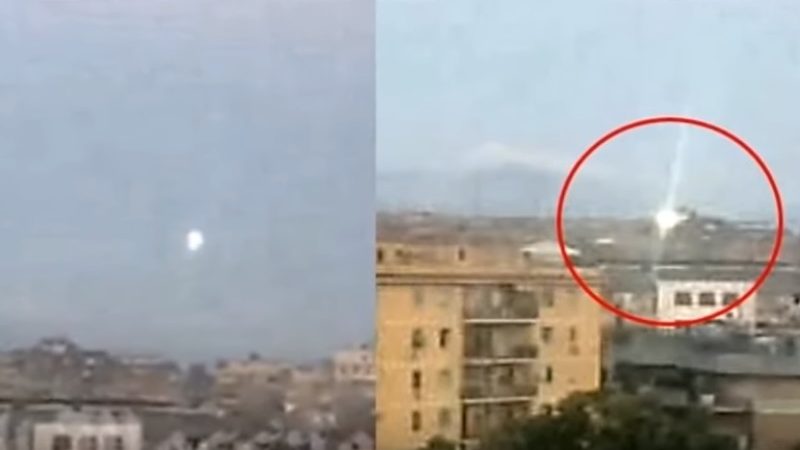 Theorists Claim Glowing Orb Over Rome May Be Alien Technology

UFO conspiracy theories were unleashed as a clear daylight video showed a yellowish orb spiraling upward into the sky above the Italian capital.

A possible tad of alien activity was noted on Italian soil, as an unsuspecting family looked out of the window of their Roman villa to spot a bright, perfectly circular light hovering on the horizon. In a video posted online, people in the background can be heard asking in Italian: “What are they?”

“A luminous sphere was spotted and recorded with a mobile phone by a family living in the area of Villa Chigi in Rome,” according to popular YouTube channel UFOMania, while commenters shared whacky theories as to where the technology behind its construction could have originated from.

“It is a plasma drone. It’s got to be alien technology or something else, just understand that they are taking pictures of our landscape and maybe compared them to the old times,” one wrote, as another chimed in suggesting that it could be an alien abduction in progress.

“This is exactly how the several spheres we saw over a busy interstate outside Albany NY took off. This looks real to me,” they posted, intriguing the rest.

Skeptical observers ditched the extra-terrestrial mumbo-jumbo, however, arguing that in such a densely populated location there would have been many more sightings of the purported event.

Last week, prominent UFOlogist Scott C. Waring commented on a body that resembled a four-pronged alien spaceship right above the orbiting International Space Station, taking note of its unusual shape: “like nothing I’ve seen before,” he posted.

In a video first singled out of NASA’s livestream archives by YouTube channel Streetcap 1, a massive unidentified object can be seen whizzing swiftly past the space laboratory before taking a turn and moving back to its initial location in the background.