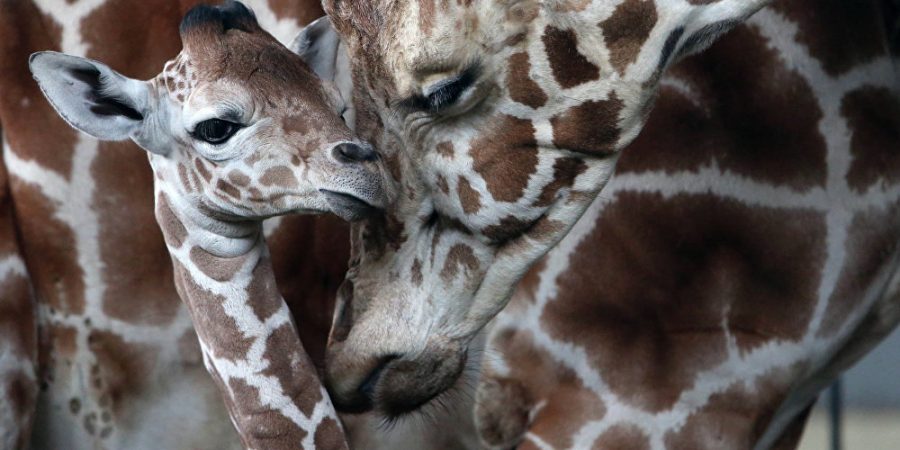 The majestic giraffes of Africa are in trouble, and environmental groups have lodged a formal request with the US Fish and Wildlife Service to reclassify the animals as an endangered species before the iconic long-necks undergo a “silent extinction.”

The International Union for the Conservation of Nature announced in December that the sub-Saharan population of giraffes has dropped below 100,000 for the first time ever, and the organization has listed the species as threatened. Their numbers have declined nearly 40 percent in 30 years, they say.

“Giraffes have been dying off silently for decades, and we have to act quickly before they disappear forever,” said Tanya Sanerib with the Center for Biological Diversity, one of the petitioning groups. “There are now fewer giraffes than elephants in Africa. It’s time for the United States to step up and protect these extraordinary creatures.”

Giraffes have faced numerous human-related pressures, such as loss of habitats, collisions with vehicles and power lines and illegal poaching. But the petitioners argue that the new pressure that is threatening the species is big game hunters, primarily from the United States, heading out on safari to trophy hunt giraffes.

Since 2006, the petitioners say, American hunters have killed at least 3,700 individual giraffes to make trophies from their carcasses. Adding giraffes to the list of endangered species would protect them from American trophy hunters, as the hunter would have to prove that the taking of the trophy helped to sustain the species in some way.

“Considering the ongoing threats to giraffes and their small remaining populations, now is the time for Endangered Species Act protections for this seriously and increasingly imperiled species,” the petitioners wrote.

Africa’s other iconic large mammals, such as elephants and rhinos, have been at the center of higher-profile conservation crises. Those species are poached for their valuable tusks and horns, whereas giraffes play a much smaller part in any black market luxury goods.

“When I was doing research on giraffes in Kenya a few years ago, they were quite abundant and no one questioned that they were doing well,” Jeff Flocken, with the International Fund for Animal Welfare (IFAW), told The Guardian.

“Only recently have we looked at them critically and seen this huge drop, which has been a shock to the conservation community. This is an iconic animal and it’s in deep trouble.”

Flocken believes the regulation of trophy hunting would be a “significant” step in preventing the annihilation of giraffes. “The biggest reason to petition to list it under the US Endangered Species Act,” Flocken said, “is while we can’t stop people from killing species in other countries, we can stop them bringing the parts back to the United States. So if this were successful, it would either limit or outright stop import of giraffe parts.”

After all, there’s no point in trophy hunting if you can’t collect a trophy and bring it home with you.

There are currently no laws to protect giraffe species. US Fish & Wildlife has 90 days to respond to the petition.