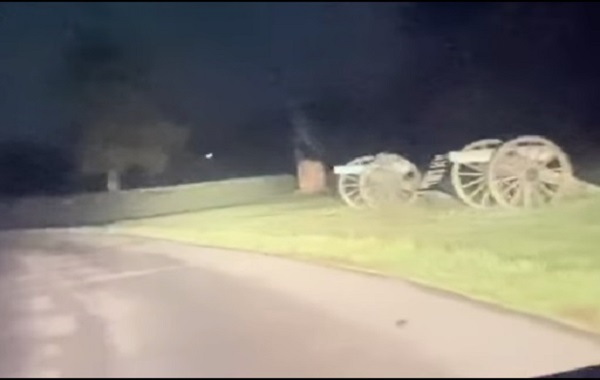 Footage has emerged that allegedly shows two ghostly figures at the site of the Battle of Gettysburg.

If there’s one place in the United States that has become synonymous with ghost stories, it’s Gettysburg – the site of the largest and deadliest battle of the American Civil War.

This most recent example comes courtesy of 46-year-old Greg Yuelling – a store manager from New Jersey who had been visiting the area with his family on September 2nd.

“We just went there as tourists, to learn more about the history of the Civil War and see the old battle ground, where the Gettysburg Address was given and all that stuff,” he said.

As they continued onward, things took an even more unnerving turn.

“We saw these shapes moving in the darkness, they were the size of humans, one of them ran right through the cannon,” said Yuelling. “It was weird, it was scary, it was crazy.”

“My uncle got so scared he rolled up the window.”

You can check out the footage below – but is this really evidence of the paranormal or could the anomalous shapes simply be water on the windscreen of the car ?