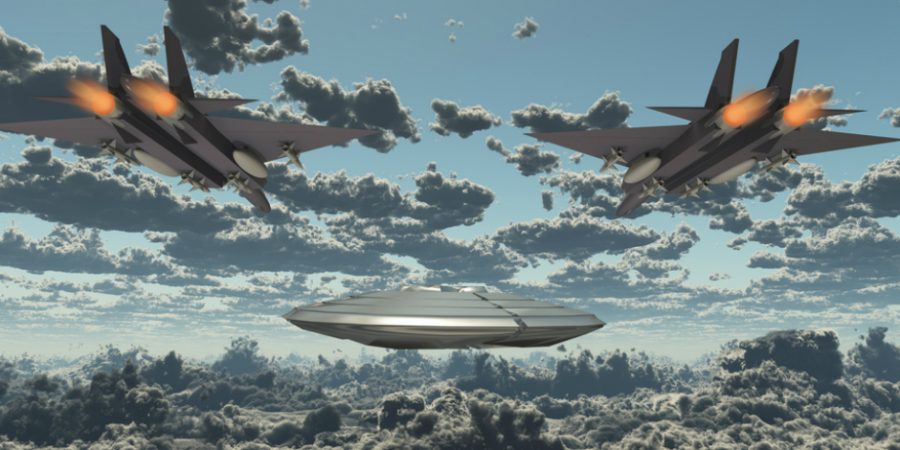 A bizarre Unidentified Flying Object (UFO) report — complete with an incident-ending “crash” video — out of Johannesburg, South Africa, claims that a South African jet fighter engaged and shot down a UFO over the city. The actual video of the crash of the supposed UFO lasts only seconds (emplaced as it is at the very beginning of a confusing 15-minute video where several scenes are depicted, giving the impression of a poorly rendered montage of UFO incidents) but long enough to send YouTube users into speculation mode.

Enstars picked up on the video out of South Africa July 26, noting that not only have UFO sightings been on the rise of late, but an unprecedented number of videos of purported sightings have also been uploaded to the internet almost daily. After noting the usual disclaimer that many of the new videos — and the reports — are spurious (some obviously so), it was suggested that “some incidents… are just a bit too bizarre to disregard,” such as the latest UFO “crash” video to hit the news.

What is seen in the couple of seconds of the video, reportedly taken in the city of Johannesburg, is a streaking greenish object falling down the sky. The image is dramatic, caught as it was as the object fell and apparently impacted the ground — just out of view of the camera and behind a building. However, there is a brightening in the lower part of the video, suggestive of a crash. As Enstars notes, though, “What was particularly interesting about the alleged UFO footage was the claim that the spacecraft seemed to have been shot down by an African fighter jet.”

The video, after showing the footage three times (the last in slow motion), then shifts to a daylight scene of what appears to be some sort of wreckage (suggesting possibly a UFO crash) with various figures in HEPA (High-Efficiency Particulate Arrestance) or Hazmat (Hazardous Material) suits milling around. This footage is then followed by a daylight scene of a slow-moving elongated UFO being chased by a jet fighter. It is not clear if the YouTube channel who uploaded the video, UFO Sightings, is leading the viewer or making the point that the videos are connected. However, several other videos in the 15-minute montage suggests that all the videos could and possibly should be taken as completely separate videos in a collection. UFO Sightings also offers a disclaimer to the video, “THESE VIDEOS ARE FOR ENTERTAINMENT PURPOSES ONLY. WE CAN NOT AUTHENTICATE ALL THE VIDEOS. VIEWERS ARE FREE TO MAKE THEIR OWN CONCLUSIONS.”

note: interestingly enough the video has been removed from YouTube..curious indeed!

And make their own conclusions the viewers have, many of which point to the possibility of fakery and/or CGI (Computer-Generated Imagery) footage, the kind of stuff found in science fiction movies and shows that replace actual footage or video shot with models and/or stage props. There were several who speculated on whether or not it was a UFO and others that wondered about aliens and such. Some, though, pointed to an obvious default answer for determining just what the UFO might be with regard to the first few seconds of footage — that the green streaking object was most likely a meteor falling to Earth.

Yet, this particular incident of a purported South African jet fighter shooting down a UFO is not the first time such an occurrence has been reported. It’s even happened in South Africa.

In a YouTube video posted by Cosmopolita, the now deceased UFO researcher Tony Dodd recounts an encounter between two South African Mirage jet fighters and an incoming Unidentified Flying Object in 1989 where the UFO was shot down. The jets engaged the object as it came into South African air space and a missile apparently made a direct hit, compromising the UFO and sending it to ground roughly 80 kilometers north of the South Africa-Botswana border and into the Kalahari Desert. According to Dodd, experts were flown in from Wright-Patterson Air Force Base in Ohio (home of countless conspiracy theories on hidden UFOs and their contents, including their alien occupants), and the UFO and all anomalous materials were recovered and taken back to the United States.

More recently, though, an Indian SU-30 jet fighter reportedly shot down a UFO over the Pakistan border in February, according to the Mirror. The jet fighter was scrambled when the UFO, later described as being balloon-shaped, tripped India’s radar alert system. When the object was downed and made impact, an explosion erupted that could be heard for 10 kilometers. Although Indian officials believe the UFO was likely man-made and the detonation was the product of a bomb, some rather strange triangular pieces of metal were found at the impact site, lending an air of mystery to the incident.