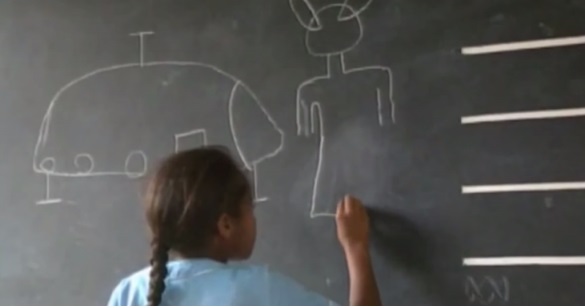 UK Children May Have Been Indoctrinated for UFO Encounters – Is There More To This?

“Some people say it is to prepare school children for a future announcement that UFOs exist.”

A primary school in England staged a fake UFO crash landing on school grounds earlier this month using real police officers and actors wearing hazmat gear while “investigating” fake spacecraft wreckage for survivors. While school officials say the event was to promote World Space Week, many parents were concerned that their students were being indoctrinated to accept the existence of space aliens and ufologists were suggesting that government officials were holding these events to soften the blow of a possible announcement on the discovery of UFOs and alien life forms. Teachers said it was a great way to stimulate students’ imaginations and come up with ideas for writing projects. Which one is it? 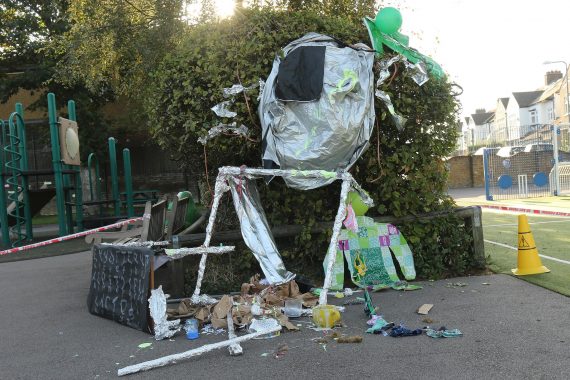 This latest faux UFO event was staged at Our Lady of Lourdes RC Primary School, an exclusive school in Wanstead, east London. According to the East London Guardian, there was no panic – in fact, the children who found the fake wreckage science looked “bemused” – proof the indoctrination is working already?

“The children had lots of ideas about how the spaceship got there – they were all very excited. One thought it was a learner driver and another said the aliens had obviously got lost on the way into London to do some sightseeing.” 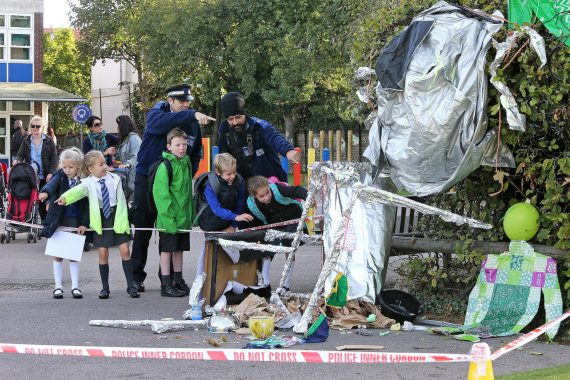 Ufologist Steve Mera, who runs the Manchester Aerial Phenomena Investigation Team (MAPIT), was not bemused. He has seen these types of fake UFO events staged at other schools and believes they may have a more sinister purpose.

“Look at that. There are police, tape, forensics. What is that about? Some people say it is to prepare school children for a future announcement that UFOs exist.” 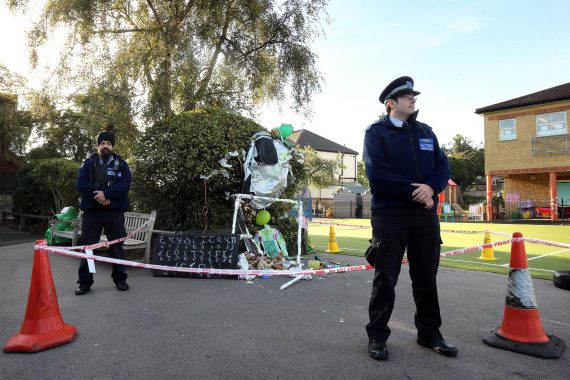 These fake UFO events at schools seem to be a UK thing. There was one reported in October 2013 at North Harringay Primary School, in North London, which even let the kids get close to the crashed spacecraft – not a good idea even if the craft is from Earth. Another took place in 2010 at Southway Junior School, in Burgess Hill, west Sussex, and this one included a staged abduction of a teacher.

Reports say the 370 students at the school – some as young as 7 – were terrified and parents – who were not warned of the event – were extremely upset.

In 2009, a fake UFO crash was held at Yeo Moor Junior School in England, and was justified by school officials as being a good way for students “to learn more about being a reporter and how to write news stories.”

OK, I agree it’s not much of a UFO, but that’s not the point. Is it really necessary to go to such lengths of faking a possibly traumatic event just to stimulate creativity in elementary school students or teach them how to write stories? Why do schools feel the need to continue to hold these events despite the controversy and the negative feedback from concerned parents? Are they being pressured by the government or some other entity?

Are the students being prepared for something else besides writing an essay?