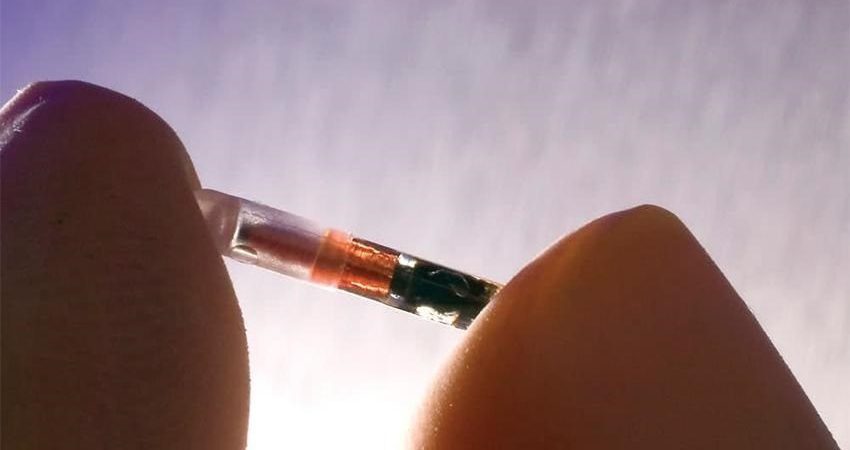 Britain’s biggest employer organisation and main trade union body have sounded the alarm over the prospect of British companies implanting staff with microchips to improve security.

UK firm BioTeq, which offers the implants to businesses and individuals, has already fitted 150 implants in the UK.

The tiny chips, implanted in the flesh between the thumb and forefinger, are similar to those for pets. They enable people to open their front door, access their office or start their car with a wave of their hand, and can also store medical data.

Another company, Biohax of Sweden, also provides human chip implants the size of a grain of rice. It told the Sunday Telegraph (£) that it is in discussions with several British legal and financial firms about fitting their employees with microchips, including one major company with hundreds of thousands of employees.

The CBI, which represents 190,000 UK businesses, voiced concerns about the prospect.

A CBI spokesperson said: “While technology is changing the way we work, this makes for distinctly uncomfortable reading. Firms should be concentrating on rather more immediate priorities and focusing on engaging their employees.”

The TUC is worried that staff could be coerced into being microchipped. Its general secretary Frances O’Grady said:

“We know workers are already concerned that some employers are using tech to control and micromanage, whittling away their staff’s right to privacy.

“Microchipping would give bosses even more power and control over their workers. There are obvious risks involved, and employers must not brush them aside, or pressure staff into being chipped.”

Steven Northam, the founder and owner of Hampshire-based BioTeq, told the Guardian that most of its 150 implants have been for individuals, while some financial and engineering firms have also had the chips implanted in their staff.

BioTeq has also implanted them in employees of a bank testing the technology, and has shipped them to Spain, France, Germany, Japan and China.

They cost between £70 and £260 per person. Northam himself and all the directors at BioTeq and one of his other companies, IncuHive, have been microchipped.

Jowan Österlund, the founder of Biohax and a former body piercer, told the Telegraph that his microchips, which cost £150 each, could help financial and legal firms improve security. “These companies have sensitive documents they are dealing with. [The chips] would allow them to set restrictions for whoever.”

Österlund said big companies, with 200,000 employees, could offer this as an opt-in. “If you have a 15% uptake that is still a huge number of people that won’t require a physical ID pass.”

Last year Wisconsin-based Three Square Market partnered with Biohax and became the first company in the US to microchip its employees, on a voluntary basis.

KPMG, one of the big four accountancy firms, said it was not planning to microchip its employees and “would under no circumstances consider doing so”.

Fellow accounting firms EY and PwC also said they would not consider microchipping their employees. Deloitte declined to comment.

Biohax has plans to open an office in London, according to its website. It claims 4,000 people have been microchipped, mostly in Sweden. It is working with the state-owned Swedish rail firm Statens Järnvägar, to allow its passengers to travel via chip implants rather than train tickets. Biohax did not respond to requests for comment.