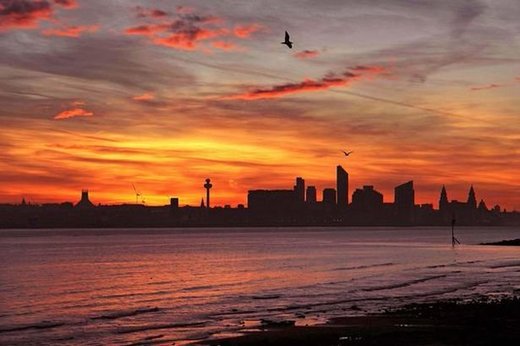 ‘Really strange noises’ were heard across Liverpool in the early hours of this morning and there are now questions over what it might be.

Houses in Kensington were left shaking during the ’15 minute’ episode which one resident says could have been a horn on a ship. Others living near the area also experienced the vibrating and heard the noise but came up with different answers as to where the sounds were coming from.

Clark Ribing, 32, says he heard the noise but has ‘no clue what it could be’. The Hall Lane resident said: “It was a really loud vibration sound which I assume was coming from the sky. I haven’t got a clue what it was but it was very loud and must have been heard all over Liverpool. It’s really strange as the exact same noise was heard in Canada in 2013 too, I saw it on YouTube.”

Mr Ribing experienced the noise for around 20 seconds at about 1am this morning. Gary Maloney, who is based in Kensington, also says he heard a ‘loud vibrating noise’ at about 12.30am. He said: “It sounded like it was coming from the docks. “It was vibrating the whole house and sounded like a horn on a ship.” Mr Maloney says he heard the ‘horn’ for about 15 minutes.

Did you experience a vibrating noise last night? Or do you know what it could be? Let us know in the comments.

Editor’s comment: We were told by a reader from Canada that they experienced the same vibration a day ago around 2:30 am except the sound that accompanied the vibration wasn’t very loud but they said their home vibrated for about a minute duration and felt like an earthquake except that it was more of an up and down vibration rather than a side to side but oddly it wasn’t reported by anyone probably due to the time it occurred as most were probably off in dreamland. A check of earthquake reporting agencies did not show any corresponding earthquakes either.