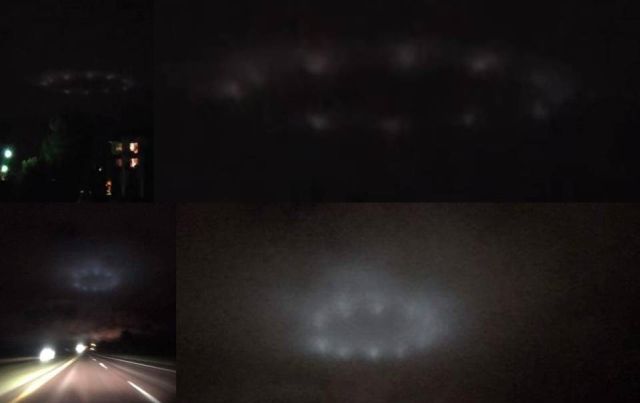 An unidentifiable circular pattern of lights in the sky over Bloomington, Minnesota was witnessed and recorded by several people on September 16th, 2016.

It appears to be a very large ring of lights hovering in the night sky. Is it a space craft of some kind or perhaps just some optical illusion.

A report was submitted to MUFON, the report was not submitted by the witness, but by a friend (MUFON case 79211) 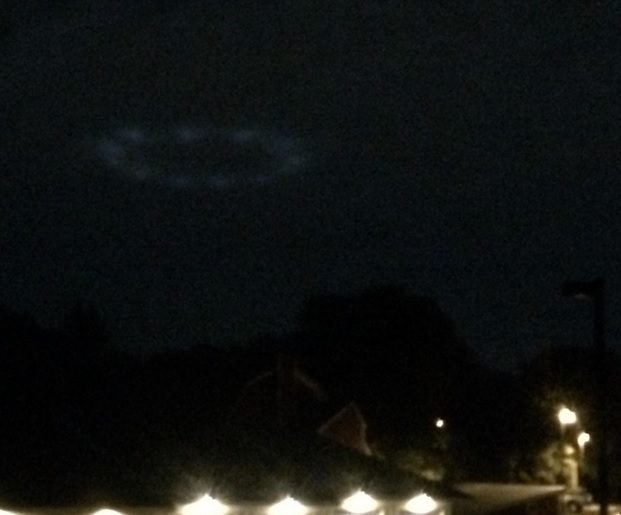 The friend who submitted the report states:

“I did not see it . Friend texted several pictures while visiting kids at college

Stationary circle of lights . They joked if we get abducted … Then texted back and sent several pictures . Not sure what it is but pretty weird”

“A couple drove home when they suddenly saw something strange above the road at Stillwater in the state of Minnesota.

The man and his girlfriend are absolutely convinced that it is not a reflection or something like that because after the object had been hanging over the road for about four minutes, it suddenly flew away with great speed.

They managed to capture two images of the UFO.” 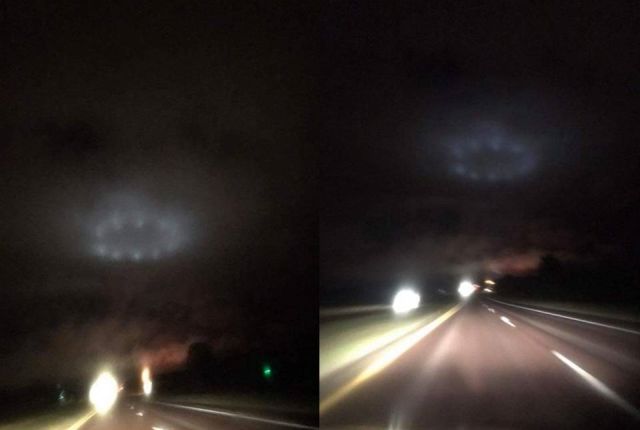 Another resident commented: “My wife seen the same thing on the 18th Sept at about by as aspelund mn.. at about 7:00pm she sent me snaps but I did not save them”

And finally another witness noticed the UFO above Shakopee Archery Range, Jackson Township, Minnesota and recorded the object, see below video.