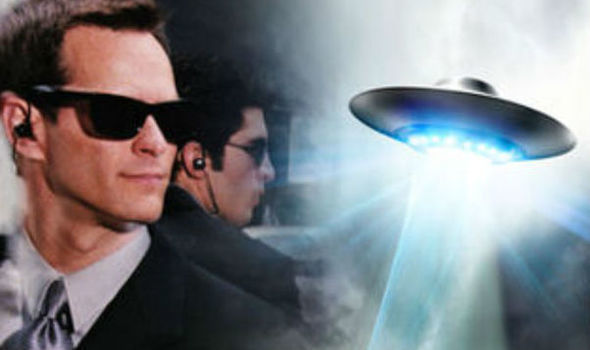 SHADOWY US secret agents, known as “Men in Black,” exist, and ARE covering up the existence of aliens on Earth, a university lecturer has shockingly claimed.

The startling allegation that the long-running conspiracy theory is true will be made in a course offered by the Akdeniz University in Antalya, Turkey.

The organisation was allegedly created by US President Harry Truman to hide knowledge of aliens away from the public following the alleged Roswell UFO crash in 1947.

The thinking behind the conspiracy theory is that the government is convinced general knowledge of intelligent aliens would undermine belief in religion and the rule of law and lead to anarchy.

The MJ-12 myth became the basis of the popular Men in Black franchise staring Will Smith.

The Turkish university hopes the course in ‘Ufology and Exopolitics’ will help students in the event of extraterrestrial revelations or visitations in the near future.

Mr Kolbasi said: “We believe representatives from the world and extraterrestrial civilisations will soon be making official contact with each other.

“We think they will be in an open and mass contact. It will be the biggest change seen in the history of the world.”

The course will also in turn teach more than practical preparations by informing students about reported cover-ups carried out by governments across the globe.

“Public knowledge of this kind of alien activity is being suppressed by a group known as MJ-12.”

There is no conclusive proof that MJ-12 was ever set up, although various purported to be leaked documents from it have been released.

They have even named a number of senior late government and military officials as being its leadership.

The latest trench of documents were released in June, as revealed by Express.co.uk.

Part of the document, a four page report, said to have been prepared on January 8, 1989, claims to be a preliminary briefing about Majestic 12.

The report says the group had the remains of seven crashed flying saucers and 27 aliens.

Seasoned UFO expert and nuclear physicist Stanton Friedman was investigating the authenticity of the document and was said at the time to believe it could be genuine.

The Paridigm Research Group (PRG) which tries to pressure the White House to disclose documents about UFOs kept and open mind, but accepted it could also be fake.

Many seasoned UFO investigators rounded on the documents as false, but Alternative News magazine Nexus, carried an article suggesting they could be genuine.