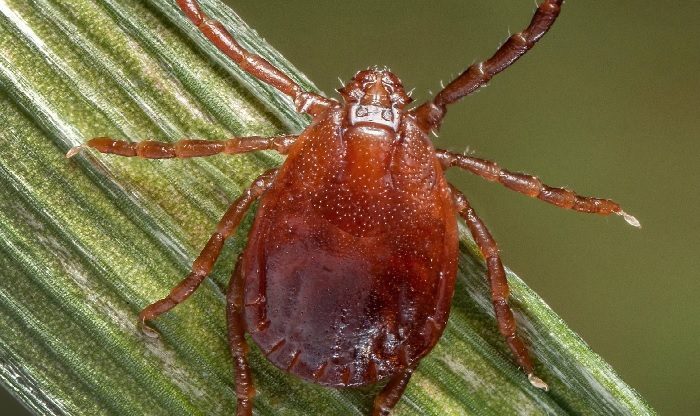 The Centers for Disease Control and Prevention (CDC) is warning about a new tick species in the U.S. that it says is capable of spreading diseases dangerous to humans and other animals.

A CDC weekly report released Thursday states that the Asian longhorned tick, an arachnid native to Korea and other parts of east Asia, has been found in several states in the eastern and southeastern parts of the United States.

The first incidence of the tick’s appearance outside of labs in the U.S. was in New Jersey last year, according to the report. Since then, the arachnid has been found on animals in eight other states, including on humans.

The report stressed, however, that no humans or animals in the U.S. are believed to have yet caught pathogens transmitted by the ticks.

“We really don’t know if diseases will be spread by this tick in the United States and, if so, to what extent. But it’s very important that we figure this out quickly,” Lyle Petersen, of the CDC’s division of vector-borne diseases, told The Washington Post.

In Asia, however, the tick “is potentially capable of spreading a large number of diseases,” Petersen added.

The CDC’s report goes on to call for a broad response to the invasive tick’s emergence in the U.S., noting that some state agencies have already begun submitting specimens of ticks for testing.

“A broad range of interventions should be evaluated, including insecticide and acaricide sensitivity testing,” the report states.

“Many state and federal agencies are developing and disseminating information for stakeholders, including development of hotlines, and some states are identifying ticks submitted by the public.”

Data released earlier this year by the CDC found that tick-borne illnesses in the U.S. increased threefold over a period from 2004 to 2016.

“Zika, West Nile, Lyme and chikungunya – a growing list of diseases caused by the bite of an infected mosquito, tick or flea – have confronted the U.S. in recent years, making a lot of people sick,” CDC Director Robert Redfield said in May. “And we don’t know what will threaten Americans next.”