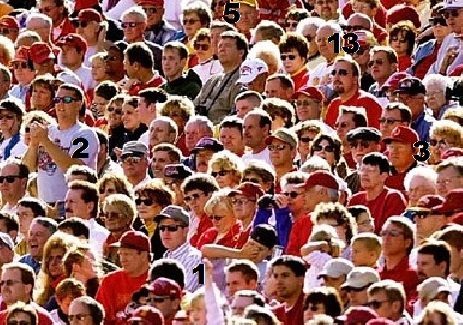 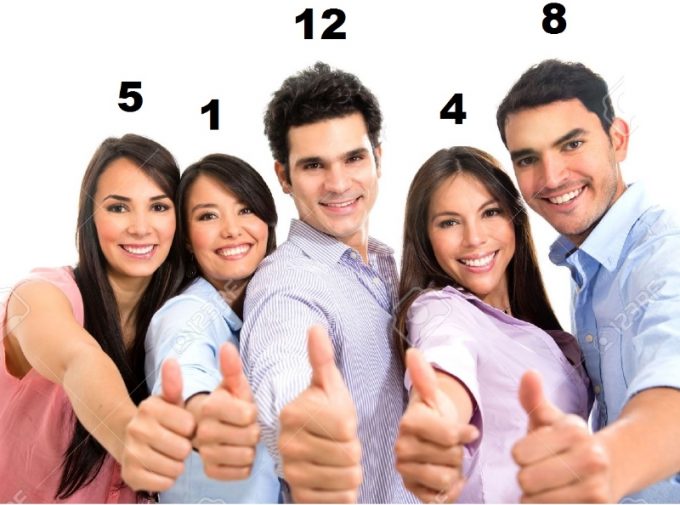 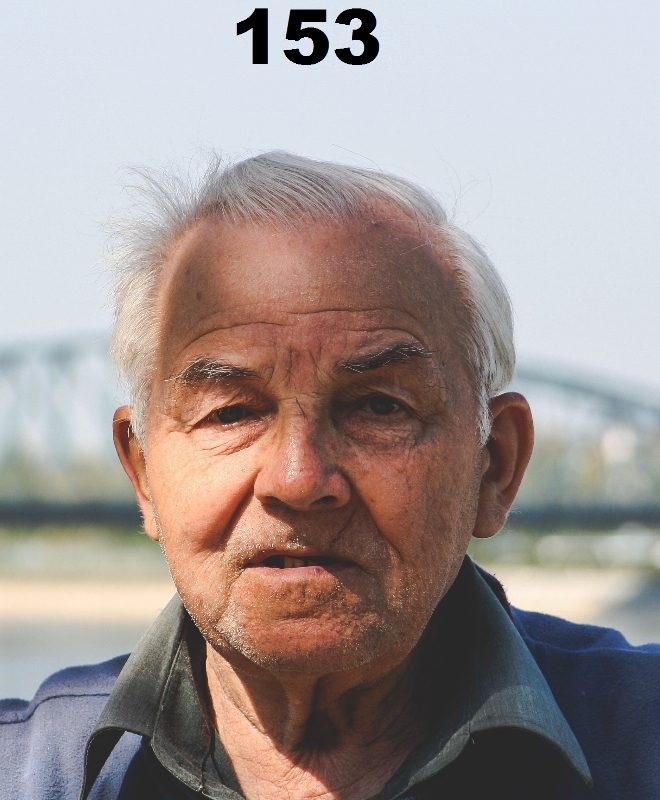 What did the numbers mean that without warning appeared over the heads of a certain few individuals on planet Earth at 3:33 PM, Greenwich, England time [8/8/16] and has continued to the present? No country was spared the NUMBERING of a few of their people labeled with a specific digit over their heads. In the Media, no one knew or divulged what the Numbers signified. There was no shortage of opinions. Guesses and possibilities were infinite as Facebooks, Twitters, YouTubes and News EXPLODED with the ultimate question of the day:

What are the Numbers that appeared over less than 1% of the human race?

Numerologists were the rage and considered experts in this new and very bizarre global phenomena. Mathematicians were also consulted on networks and various Medias. Intelligent and silly and irrational theories were put forth, but no one knew what the hell was going on.

Did Superman’s Mr. Mxyzptlk from the 5th Dimension cast a spell over everyone? Who did this? What wizard? Disney? Harry Potter? Who was responsible for the Numerical Magic? Was it a government test or HAARP experiment? Project Bluebeam? Was it God or the Devil or an angel or some devilish alien that played a joke? If we knew WHO did this real, actual, scientific thing to our retinas, possibly we could discover WHY it was done and what the numbers meant?

Questions arose that centered not on the few that possessed visual numbers over the heads for all to see, but, “Why was it that the vast majority of people did not have Numbers?”

UPI released a ‘world consensus’ or the top 33 possibilities. More than 50 million entries or ‘suggestions’ were compiled, tabulated and cross-referenced by computers. Posted in global newspapers, spread on the Internet and certainly over television news were the following top 33:

Statistics of those who have studied ‘the Numbers’ extensively from large-number pools to small number-pools accurately reported that:

1) Children were not born with Numbers. The youngest with Numbers were a small portion of teenagers. Rarely was a youth under 12 viewed with a Number. The relatively very few youths with Numbers always had low Numbers. Was there a correlation between age and Numbers?

2) Were those with high Numbers likely to be adults and those of extreme age? The answer was almost invariably: Yes.

4) Was there a Number correlation between men and women? Yes. For the Numbered crowd or a great minority of human beings, many more were men. Women with Numbers composed a significant minority compared to high numbers of men with Numbers. Womens’ Numbers themselves tended to be much lower than men’s and rarely reached double-digits.

Were the Numbers good or bad? Social Medias blitzed over all networks that the Numbers were the coolest thing since twerking before sex. Talk shows like “The View” had hosts with Numbers overhead who acted so privileged to be BLESSED by God and Blessed by the “Numbers of the Universe.” They raved over their Numbers, whatever they meant, as did most celebrities, who happened to possess Numbers. Some celeb-Numbers were quite high. Those with them, carried the Numbers as if they were ‘badges of honor.’

If you had a Number above your head, the Numberless masses were made to view you as ‘Tom Cruise,’ ‘Beyonce’ ‘Snoop Dogg’ and the neatest thing in the whole wide world. High-Numbered people were interviewed; their opinions were emphasized to matter and be of great importance. Non-Numbered people listened to the Numbered-people as if they were special.

Primarily old individuals that came forward with triple-digit Numbers were held in such elevated esteem as if they were Royalty.

World leaders had large Numbers over their heads. The Pope, British Royalty and other Monarchies, some of the militaries and federal officials and police and a few in the Church had large Numbers. Numbers were considered the highest in sophistication and status.

Clubs and organizations were created especially for Numbered people with exclusive circles for double-digits and very exclusive, inner circles for rare triple-digit people. Club members and the Numbered, in general, were from higher financial brackets than the un-Numbered. Secret Societies for the Numbered were right out in the open, yet extremely guarded. You did not get in without a Number. Members experienced different levels of Earthly pleasures, all the perks the ‘good life’ had to offer.

More and more on the news were RIOTS between gangs of the un-Numbered (from mostly ethnic or minority backgrounds) who attacked and even killed the high class privileged few with Numbers. Films from phones that showed the rich Numbered that cruelly beat or killed the poor without Numbers were never aired on television. True atrocities by the Numbered far outweighed what the un-Numbered did in defense. YouTubes exploded with truths far different than widespread deceptions perpetrated by federal Media over the masses.

Other countries received word from World Puppet-Masters and what happened in America was mimicked in a few European cities. The results were new types of Race Riots…all because of Numbers that appeared and dangled over a few people’s heads.

It seemed like the ones with the Numbers knew what the Numbers were really about, but they all acted as if they did not. The actors ‘played dumb.’ Only a very few perceptive Outsiders ever realized the truth. Most of the general public were completely mesmerized by Media and did not question the lies handed to them on shiny silver platters.

Movies and television shows glorified the Numbered. They were idolized. Little was said for the merits of the not Numbered.

When political rallies or Entertainment shows like Music Award shows or the Oscars and even when famous Sport celebrities got together, they were primarily all high-Numbered.

Numbers could not be concealed. And many agencies that relied on the best minds and alien minds could not stop or blur or eradicate the Numbers in any way. Numbers over a portion of 1% of the population were here to stay.

Followers of dignitaries, the Royalty and elites of the world, which included the rich and famous, closely scrutinized and cataloged the Celebrity-Numbers. They found that some of the Numbers over their favorite celebrities and ‘stars’…strangely…changed over time! One day, so and so had the Number 15 and the next day, the Number 16 hung over him or her. In some cases, their Number jumped up by 2, 3 or 4. The Numbers never decreased; they always increased.

There was also the fact that suddenly a Number “1” appeared above a person that had no Number previously. The person was usually questioned, examined, probed and nothing was expressed over Media as to the conclusions of investigations. The person was always very secret and did not want to be hounded by everyone else. It remained another mystery.

The ‘64 Billion Dollar Question’ was always: What are the Numbers?

A year later, after the phenomenon struck the planet and the Numbers were a normal, everyday part of life…

World Controllers in the Social Capstone and their minions down the line on lower High Levels understood what the Numbers were precisely about. They had from the start. They were not about to tell. Very few Rebels against the Empire had turned on the elites and exposed the truth. They were quickly silenced.

We were clueless. No one in the general public knew for sure what the purpose of the Numbers was and who placed them in our eyesights.

Almost everyone had been programmed to believe the Numbers were extremely special and a sign of aristocracy, in even the youngest. The public, globally, were inclined to think the Numbered were very fortunate and to feel sorry for the ones without Numbers.

Support and therapy groups formed for the depressed and suicidal Numberless who were made to feel greatly inferior by others of a higher, social strata. Shunned, young men and women were told to not be discouraged that they lacked Numbers.

Whenever ‘stories’ in the Press, Internet or YouTube of the “dark characters” of elites with Numbers were ever broadcasted or presented…If the integrity of Numbered people was ever questioned…

Media always spun the story in favor of the Numbered and the masses, for the most part, believed it. The common un-Numbered had to have been at fault with their lower mentality?

Groups proclaimed to have understood the real meaning of the Numbers rose to power. Every self-made dictator of the “Truth to the Numbers” campaign was power mad. Those who grabbed some television airtime were either federal-fronts, bogus, fiat, false-flags…or, media-driven fanatics, provoked to violence and insanity.

Every answer but the right one was mentioned over the Medias.

STOPPED in their dark tracks when an alien encounter, a real one and not a staged one, suddenly occurred over the Ferris wheel across from British Parliament. Good aliens or ET humans in a silver saucer were going to broadcast the truth to every network and Media outlet.

Within minutes, Project Blue Beam was initiated, reprogrammed and ready to go. A holographic, brighter, white saucer appeared in the same area, but over Parliament directly. It created physical turbulence, yet the image was not real. The pure white saucer transmitted a LIE about the Numbers. Generally, people believed the lie.

100% good aliens in the silver saucer that arrived first told us that among the well-known 33 possibilities that World Press fabricated and presented, NONE WERE TRUE. Numbers were in fact: How many people you have killed, accidentally or intentionally, so far in your life~ 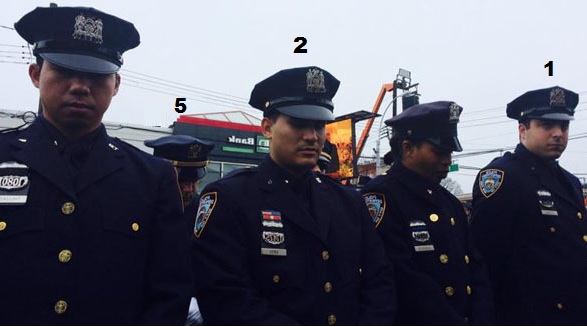 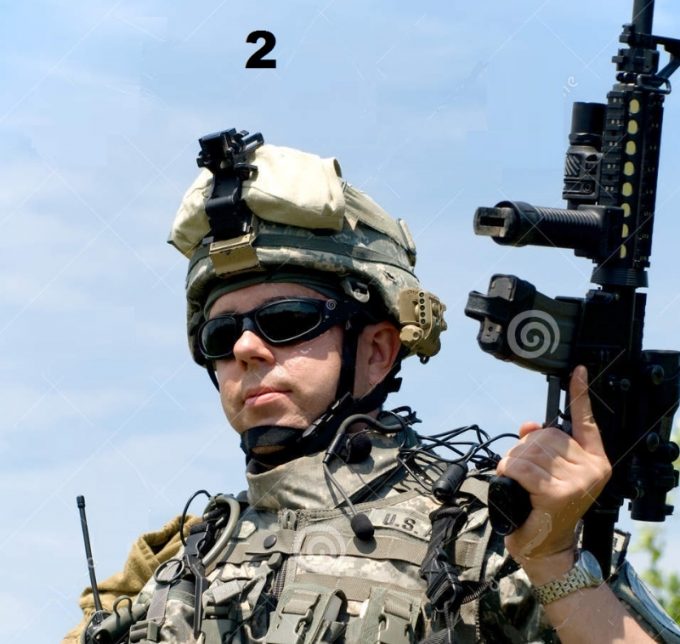 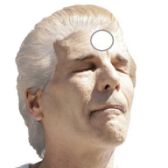 IF YOU ENJOY THIS SITE PLEASE TELL OTHERS ABOUT US…SHARING IS CARING
HAVE A COMMENT? LEAVE YOUR COMMENT BELOW
The views expressed and information presented in this article are those of the writer and their sources – Republishing of this article is allowed provided that full attribution to this site (BENDEDREALITY.COM) and the author of this article is included. If you are interested in being a guest writer for our site, please CONTACT US and let us know, we would be glad to consider you for a guest writing opportunity (EXPERIENCE NOT MANDATORY).