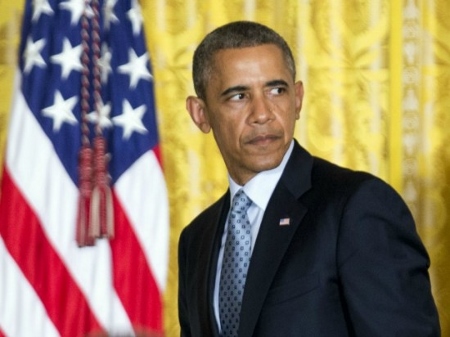 Just a follow up on this husband and wife terrorist duo, what I don’t understand how a mother could just abandon her child especially it being only six months old.  Now the news is broadcasting the fact that UPS had a parcel of clothing to be delivered at that address.  To my mind if you planned on slaughtering people why would you have purchased clothing knowing full well you would more than likely be dead before it arrived.  Something kind of stinks with this whole deal.

It seems I am not the only one that thinks that something does not jive, check out the link below.

If the US government tries to confiscate legally purchased weapons from those responsible gun owners there will be hell to pay, if they just implemented background checks like we do in Canada I think that would probably be the better idea.

I can almost guarantee you that there is going to be another slaughter soon and maybe at multiple locations.  I think if we had an election tomorrow it would be a land slide for Donald Trump, as I have said before he is saying what most Americans are thinking. Just look at our new leader here in Canada Justin Trudeau who wants to legalize marijuana so we will have a lot of our youth driving around higher than a kite, I wonder how that will pan out.

Just watching the news and Obama apparent indecision making skills is not what people want, they need a leader not a wimp.  It is fine to send thoughts and prayers to the victims families of those that were slaughtered but Obama waited too long to act on eliminating ISIS.  I am sure that Obama military advisors were and still are itching to have a go at ISIS to eradicate that vermin even if it’s means boots on the ground.

All this terrorism is costing the western countries millions of dollars and Obama keeps reiterating that we are not scared, bull crap, of course we are especially when your looking down the barrel of an assault rifle (AR) and people are dropping like flies right beside you.  Stiff firm action is required but all I see is floundering and indecision and I am sorry but I think that no refugees should be allowed into the regular population until ISIS is completely eradicated from the face of this planet and strict rules and controls implemented.  If little is done then all they are going to spawn are ordinary people taking the law into their own hands and retaliation is going to prevail, ordinary people are going to rise up and deal with it in their own way.  We have already seen mosques destroyed and that just the beginning, next will be attacks on Muslims good or bad as all of them are going to be lumped into the same category as extremists.

How can you identify a Muslim terrorist from a law abiding Muslim well you can’t because this couple lived as normal Americans for quite some time so if you happen to live next door to a Muslim family how are you to know that they could go rogue any day.  The Muslim community says that most Muslims are law abiding which is true but you can’t blame people from being suspicious of all Muslims and it is going to create a lot of tension for sure if this keeps up.

I think some of the blame for the prejudice against Muslims has to lie with the news media such as CNN and others as they continually report on what radical Muslims are doing whether here in North America or overseas.  These radical Muslims are achieving their goal as no one else is getting as much air time on a daily basis.

I see there was a knife wheedling individual on the subway (tube) in Great Britain who apparently stabbed three people but I am not sure how bad these peoples injuries are. This idiot was shouting this is for Syria but the police managed to subdue him.

What really gets me is if they are so loyal to Syria then go live there and get the hell out of our countries because we don’t want you here.  These so called supporters of radical Islam should go back to Syria or where ever they come from, and I bet if these cowards were fighting on the front line they would not be so brave when bullets are whistling passed their heads, they would probably blubber like babies.

I see that CNN is airing the statement that Donald Trump made again about putting a temporary halt on Muslims coming to the United States until immigration gets their act together and do a complete background check.  So let’s say that does not happen and the doors are wide open and we have more radicalized Muslims enter the US who in turn plan and enact mass murder again.  I just wonder how the reaction would be with the news mediation after that.

I have never seen the world in such chaos as now and I fear for mine and other kids having to live in these times.

Stay safe DDD signing off
Keep looking over your shoulder