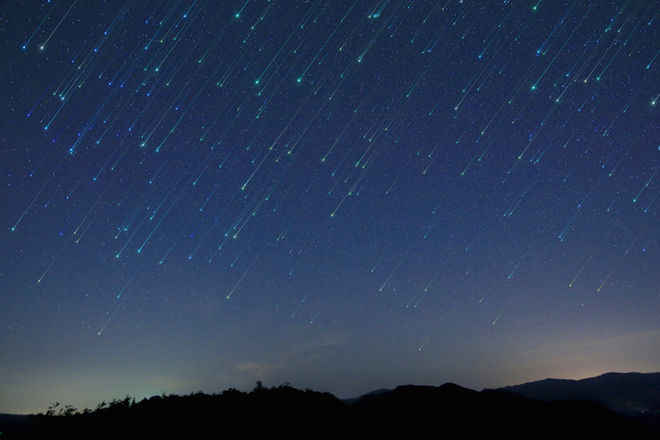 What Would Happen If Comet Swift-Tuttle Hit the Earth?

Shooting stars may fill you with child-like wonder, but these celestial showstoppers are also reminders that Earth is hardly alone in space, and some of those cosmic objects can be downright dangerous.

The Perseid meteor shower, which appears every year in mid-August, occurs when Earth passes through a trail of debris left by Comet Swift-Tuttle. In 1973, based on calculations about the object’s orbit using limited observations, astronomer Brian Marsden at the Harvard-Smithsonian Center for Astrophysics predicted that Comet Swift-Tuttle could collide with Earth in 2126. The catastrophic prediction was later retracted, but what would happen if Comet Swift-Tuttle smacked into our planet?

“We have to be clear that it’s not going to happen,” Donald Yeomans, a senior research scientist at NASA’s Jet Propulsion Laboratory in Pasadena, California, and author of “Near-Earth Objects: Finding Them Before They Find Us” (Princeton University Press, 2012), told Live Science. [Perseid Meteor Shower 2016: When, Where & How to See It]

When Swift-Tuttle was last seen in 1992, Yeomans was among those who produced revised models for the comet’s motion, making the complicated calculations to account for the gravitational effects of the sun and planets on the space rock’s orbit. The 1992 sighting, along with data from 1862 and 1737, provided astronomers with enough information to rule out the possibility of a collision in 2126.

Comet Swift-Tuttle is “certainly one of the largest” objects that crosses paths with the Earth, Yeomans said. The cosmic object measures about 16 miles (26 kilometers) across, and when it passes close to the Earth, roughly every 130 years, it’s hurtling through space at about 36 miles per second (58 km/s), or more than 150 times the speed of sound.

If the comet were to strike the planet, the impact energy would be about 300 times that of the asteroid collision that was thought to have caused the Cretaceous-Tertiary extinction that killed the dinosaurs about 65 million years ago, according to Yeomans. “It would be a very bad day for Earth,” he said.

But the size of a comet or asteroid isn’t the only thing to consider with cosmic collisions, said Gerta Keller, a geoscientist at Princeton University.

A comet strike on land or in shallow seas would be “rather destructive” regionally, but the real damage would likely come from gases put into the stratosphere, the part of Earth’s atmosphere where the ozone layer is located, Keller told Live Science. Sulfur dioxide would initially cause cooling, and then carbon dioxide would lead to long-term warming, she added. An event like this would likely cause the planet’s climate to change drastically, leading to mass extinctions around the globe.

But Keller also pointed out that most of Earth’s surface is covered in ocean. An impact in the deep ocean could trigger earthquakes and tsunamis, but based on what scientists know about the effects of underwater volcanic eruptions, the atmospheric effects likely would be mitigated by the ocean, she said. In this case, Keller said it’s unlikely that a comet colliding with Earth would cause mass extinctions.

Scientists calculate that Swift-Tuttle’s next approach to Earth will be on Aug. 5, 2126, when it will come within about 14 million miles, or 23 million km, or about 60 times the distance from Earth to the moon, Yeomans said. Current models don’t expect the comet to ever get any closer than about 80,000 miles (130,000 km) to Earth’s orbit, but as time passes, those predictions become less and less certain. So although Yeomans is sure that Earth faces no threat in 2126, he said 10,000 years from now, “you can’t rule out the possibility, but it would seem to be very unlikely.”

Part of that slim uncertainty is due to small influences on the comet that change its orbit ever so slightly each time it swings around the sun. For example, as comets pass near the sun and heat up, expanding gases act like jet thrusters, slightly altering the trajectory. For Swift-Tuttle, that effect is very small, likely due to the comet’s tremendous mass, Yeomans said. But over thousands of years, these minute, unpredictable effects make it more difficult to predict the orbit of cosmic objects.

And there are plenty of other objects out there to be aware of, Yeomans said. “We have a long, long list of asteroids for which we haven’t completely ruled out a collision, but the impact probabilities are so small that it’s not really worth worrying about,” he said.