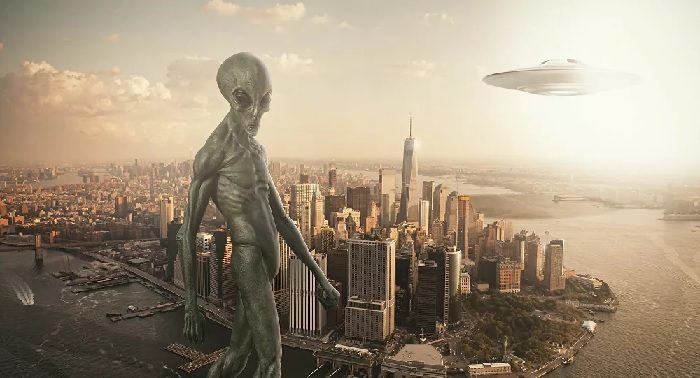 What’s Next to Come, an Alien Invasion?

The majority of us reading this have never lived through or experienced a pandemic before, so this is uncharted territory, and it has most of us at a heightened state of alertness or anxiety. Imagine if we were being monitored by extraterrestrial beings, and they decided to seize this opportunity to make their move! (not that they would necessarily have to wait for such an opportunity)

Humanity is currently wrestling with the very tangible threat of the coronavirus pandemic, but some fear that the planet could face another global danger in their lifetime: an alien attack.

Earthlings do not have a plan in place for a potential alien invasion, warns ufologist Nick Pope.

Pope, who had worked at a now-defunct UFO research division at the UK Ministry of Defence, believes that life would descend into chaos in the event of an attack from space.

“If real-life aliens are regarding this Earth with envious eyes, and are drawing up plans, what are our plans to deal with them? The short answer is that there aren’t any,” he told The Daily Express. “If it came to a real-life War of the Worlds, there’s no alien invasion war plan – we’ll just have to wing it.”

“Conspiracy theorists will doubtless say there is a plan, buried somewhere deep within government, but I promise there isn’t. If there was, I would have been responsible for writing it.”

He says that the panic around the changing climate, terror attacks and the COVID-19 pandemic shows that the idea of living in a disaster-proof bunker “doesn’t sound quite so odd.”

“In fact, it sounds like a pretty good idea. Many people now have what are variously termed prepper kits, go bags or survival kits, packed with emergency rations, first aid supplies and other essentials.”

Half of British adults believe that aliens exist and that governments should prepare themselves for an alien attack within the next 50 years, according to a recent poll.

The survey, conducted by OnePoll for TV channel FOX ahead of the premiere of its series War of the Worlds, found that more than 22 percent of those believers would fear for their lives should Martians come to Earth.

However unpredictable aliens might be, 71 percent of those who believe in their existence would expect to face danger from panicky humans in the event of an invasion.

“All this may strike people as being the worst-case scenario: threats from hostile extraterrestrials, and perhaps threats from fellow survivors too, as society breaks down and people compete for scarce resources,” Pope said.

“And all of this in a situation where our pampered modern lifestyles mean people are losing basic skills we’ve had since the human story first began – how many people reading this article are confident they could light a fire the old-fashioned way, without using matches or a lighter?”

According to the poll, 71 percent of believers think aliens had already come to Earth at some point in history, and even more people believe that governments know about it but are hiding the information.