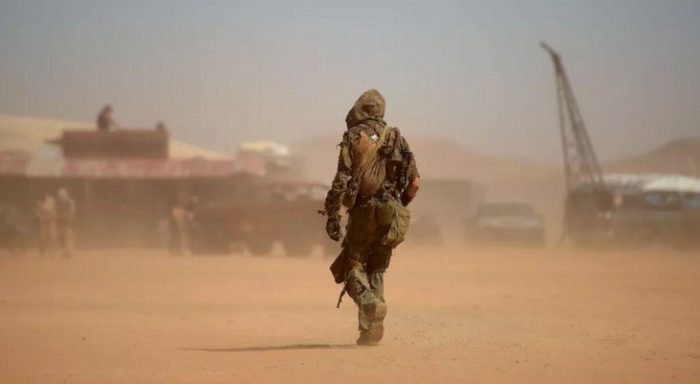 What’s the Minimum Number of People Needed to Survive an Apocalypse?

From all-out nuclear war to a giant asteroid strike, it’s not hard to imagine ways human life on Earth could abruptly end. But assuming there are some survivors, how many people would it take to keep our species going?

The short answer is, it depends. Different catastrophes would create different doomsday conditions for surviving human populations to endure. For example, a nuclear war could trigger a nuclear winter, with survivors facing freezing summer temperatures and global famine, not to mention radiation exposure. However, putting some of these conditions aside and focusing on population size, the minimum number is likely very small compared with the approximately 7.8 billion people alive today.

“With populations in the low hundreds, you can probably survive for many centuries. And many small populations of that kind have survived for centuries and perhaps millennia,” Cameron Smith, an adjunct assistant professor in the Department of Anthropology at Portland State University in Oregon, told Live Science.

Smith’s research into early human civilizations and space colonization gives him pretty good insight into our apocalypse survival hopes. He expects big cities would be most vulnerable if global civilization were to crumble, as they import almost all of their food and are heavily reliant on electricity. Surviving populations would, therefore, likely spread out to find resources.

During the early Neolithic period (beginning when the last ice age ended, about 12,000 years ago) when humans began farming, there were many small villages worldwide with populations ranging from the low hundreds up to about 1,000 individuals, according to Smith. “Those were rather independent populations, but I suspect they also had breeding links and marriage interconnections with other villages. And in an apocalyptic scenario, I imagine the same thing would happen.”

A surviving population of just a few hundred people would need a way of maintaining a breeding system, Smith said. Inbreeding, or breeding between closely related individuals, is one major challenge small populations face.

The consequences of inbreeding can be demonstrated with the fall of the Spanish Habsburg dynasty, which ruled Spain during the 16th and 17th centuries. The dynasty regularly kept marriage in the family until 1700, when the bloodline ended with an infertile and facially deformed King Charles II, Live Science previously reported.

A similar scenario could happen to a dwindling human population with limited breeding options following an apocalypse, unless they had enough genetic diversity to avoid closely related unions. A sufficient number of breeding-age individuals of the opposite sex, known as the effective population size, would also be required for successful interbreeding to take place.

Humans could potentially prepare populations to survive a doomsday if they saw it coming. Seth Baum, co-founder and executive director of the Global Catastrophic Risk Institute, a nonpartisan think tank, looks at the risk of global catastrophes occurring. He favors preventing potential catastrophes, which in the case of nuclear war, for example, means ensuring adequately good relations among countries with nuclear weapons. However, Baum’s research also includes the prospect of building refuges to safeguard humans in the event of a global catastrophe occurring.

“If a catastrophe is going to happen, we’ll want to have some of these safeguards in place, so that at least some population can carry on, some measure of human civilization can carry on,” Baum told Live Science.

An important factor in any sort of refuge is the ability to isolate a group from whatever it is that’s causing harm, according to Baum. For example, certain island countries, such as New Zealand and Australia, have effectively turned themselves into large-scale refuges during the coronavirus pandemic by keeping the virus out, for the most part.

One step up would be to have a dedicated catastrophe refuge somewhere on Earth, Baum said. Baum compared this hypothetical refuge with the Global Seed Vault in Svalbard, Norway, which keeps backups of the world’s seeds safe inside a mountain. “And then, going even more ambitious than that, would be to have something [for humans] that is not on the planet,” Baum said. 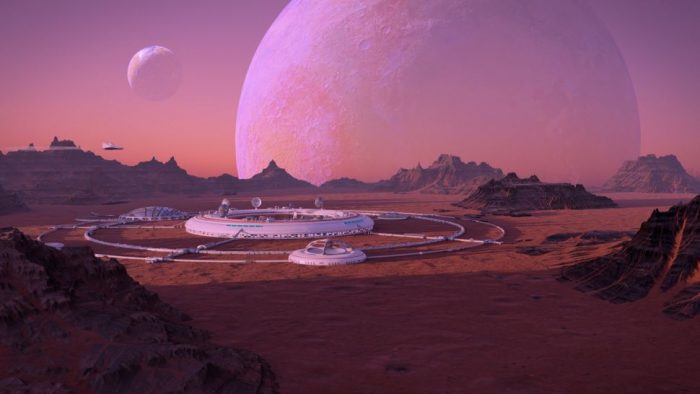 So, in the hypothetical situation in which humans managed to escape to a celestial body or planet to avoid a doomsday scenario, what’s the minimum number of people needed to survive in space?

A starting crew of just 98 people would be enough for a 6,300-year-long journey (travelling in a hypothetical spacecraft at speeds that are possible with current technology) to Proxima Centauri b, a potentially habitable Earth-like exoplanet orbiting Proxima Centauri, the nearest star to the sun, according to a 2018 study published in the Journal of the British Interplanetary Society led by Frédéric Marin, an astrophysicist at the University of Strasbourg in France who studies space anthropology.

The Proxima Centauri b crew would not consist of a random sample of 98 humans, but rather 49 unrelated breeding pairs, ready to pass on their genes. The population would only remain genetically diverse and healthy over time under certain conditions, so for example, the crew’s breeding would have to be monitored and restricted. Furthermore, a larger starting crew of 500 would likely be a safer choice, as they would be more likely to retain their genetic diversity with more breeding pairs, according to a follow-up study by Marin and colleagues, posted in February on the preprint server arXiv.org.

Smith recommended against using absolute minimum numbers in space endeavors. “My analogy is that if you get onboard an airliner, and they are flying you to New York, you don’t want the pilot to have just exactly enough fuel to reach the runway in New York. You need a reserve in case of catastrophe.”