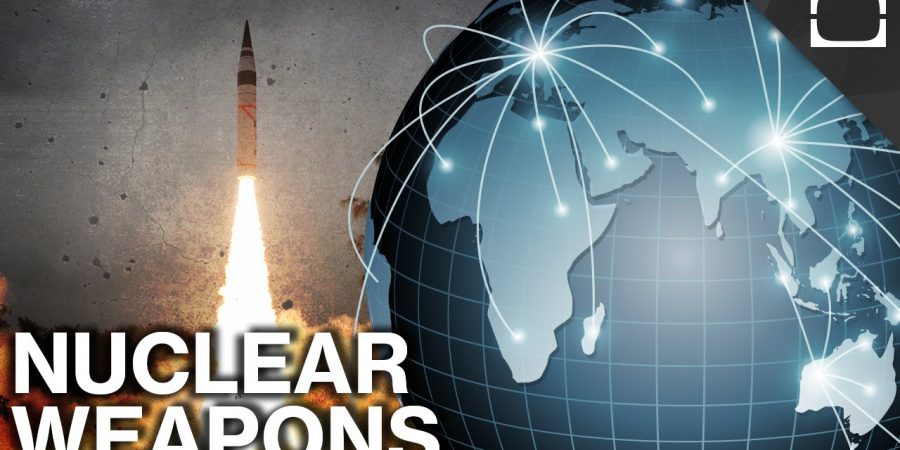 In December 2015, a Polish deputy minister mentioned plans to join the North Atlantic Treaty Organization’s nuclear sharing program. This would mean that Poland would be allowed to keep American nukes in case of war. Although only 5 countries are allowed to possess nuclear weapons, they are actually stored in more than a dozen countries. So, where are the world’s nuclear weapons?

According to a 2015 report by nuclear policy analysts there exist approximately 16,000 nuclear weapons, spread out across 98 sites in 14 countries. The United States has 7,200 warheads to its name. But not all of those are on U.S. soil. A good number are actually hosted by friendly European countries, including Belgium, Germany, Italy, the Netherlands and Turkey. In total, there are 180 weapons spread throughout these countries, stored in underground vaults, accessible by the US, or with their permission. This practice of placing nuclear weapons around the world is known as “nuclear sharing”.

So, what’s the point of nuclear sharing? Well, it extends what’s called the nuclear umbrella. This is when a nuclear state promises to protect a non-nuclear state, via a defense treaty. Holding nuclear weapons abroad reduces the response time in case of a nuclear attack, and provides protection to nuclear holding nations. The two main nuclear umbrellas in the world belong to the United States and Russia. The best example of a nuclear umbrella is NATO: if one member of the organization is attacked, its fellow members are required to respond.

However, policy analysts have argued that nuclear sharing is actually antithetical to the peace process. One report argued that long-range weapons have replaced the need for US weapons in European countries, and that the practice only aggravates nuclear powers like Russia. He also says that these weapons are more difficult to guard, and that they increase the risk of rogue nations developing their own weapons of mass destruction. Besides being hosted in other countries, numerous nuclear countries like the US, Russia and the UK, maintain war-ready nuclear warheads on submarines circling the globe. At any one time the UK will have a submarine armed with 16 nuclear missiles and 48 warheads.

The US’s Ohio Class submarines also carry up to 24 ballistic missiles. Some say that the US and NATO’s decision to share nuclear weapons goes against the Nuclear Non-Proliferation Treaty, which specifically prohibits sharing. However, the United States maintains that they alone control the nuclear weapons around the world, and in cases of war, the NPT would not apply. In the pursuit of protecting non-nuclear countries, along with the interest of self preservation and attempts at world power, nuclear weapons can be found all over the world.