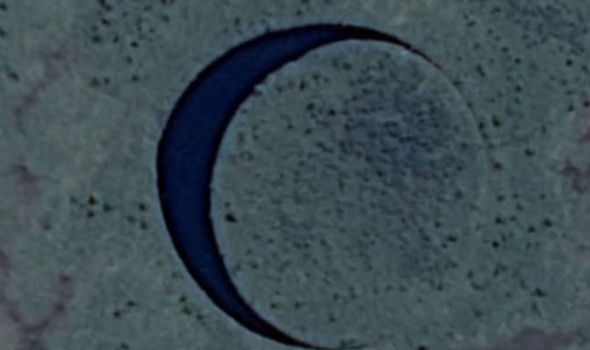 A MYSTERIOUS floating circular island could be the entrance to an alien base paranormal investigators have sensationally claimed.

A team of mystery hunters have launched a bid to probe what the strange feature is after the moveable island was discovered on Google Earth.

The shocking find was made during the shooting of a film in Argentina, South America, and it has been described as a floating and rotating island in a small lake, which means it appears to have a moat around it.

Scott C Waring, editor of UFO Sightings Daily, says the island appears to rotate around the lake, something that leads him to believe it has been artificially created to cover and entrance.

He blogged: “Argentina has an over abundance of UFO sightings compared to the rest of the world and I believer this is how aliens try to hide this particular entrance to their base.

“The shape is large and circular, big enough to fit a 100 metre UFO through it. The water below this floating island needs to be dove into and explored.”

And it looks like this investigation could happen for the first time in history.

The filmmakers, who discovered it and dubbed it “The Eye” have already made one arduous visit to the remote location.

But they now want to return with geologists, biologists, ufologists and other paranormal investigators.

They have begun a Kickstarter project for funding for the next expedition to get to the bottom of the mystery.

The island is located at Campana and Zarate in Buenos Aires Province, in the marshy Parana River delta area, which is already reportedly known for paranormal and ghostly activities.