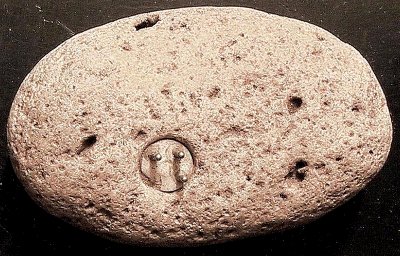 An unusual electrical device embedded in stone is said to be 100,000 years old.

In 1998, an electrical engineer named John J Williams found what appeared to be an electrical connector sticking up out of the ground while hiking in North America. He thought that the appearance of the connector was unusual at the time given that he was far from any human settlements, industrial sites, airports or power stations. He decided to dig the object out of the ground to examine it more thoroughly. He found that it appeared to be a device with a triple plug embedded into the rock. Now, geologists have found something even more bizarre about the artifact – it is 100,000 years old.

Williams has been offered vast sums of money for the unusual artifact, referred to as the Paradox, including one extravagant offer of $500,000. However, he turned all of these offers down and instead offered it to researchers for scientific analysis for free providing that they did not damage the rock.

Researchers have concluded that the device has a weak magnetic attraction and that there is a peculiar “opaque internal structure” at the center of the artifact. Those who have investigated the object have no idea what its purpose was and nor do they know what material it is comprised of. Tests have revealed that it is neither wood, plastic, rubber nor any other recognizable manufacturing material. The stone itself is just as mysterious. It is comprised of solid granite, quartz, feldspar and most intriguingly of all, reveals small traces of mica. Mica an incredibly powerful insulator which has been discovered in mysterious ancient settlements in Mexico. The mystery is compounded by the fact that carbon dating has revealed the artifact is 100,000 years old. For this reason, it could not possibly have been crafted by human hands.

While many skeptics have dismissed the Petradox as part of an elaborate hoax, Williams believes that it is evidence of an ancient and highly advanced civilization that once inhabited this Earth long before human beings. Given the extreme age of the artifact and the presence of mica, it is entirely possible that this civilization was not quite of this world.