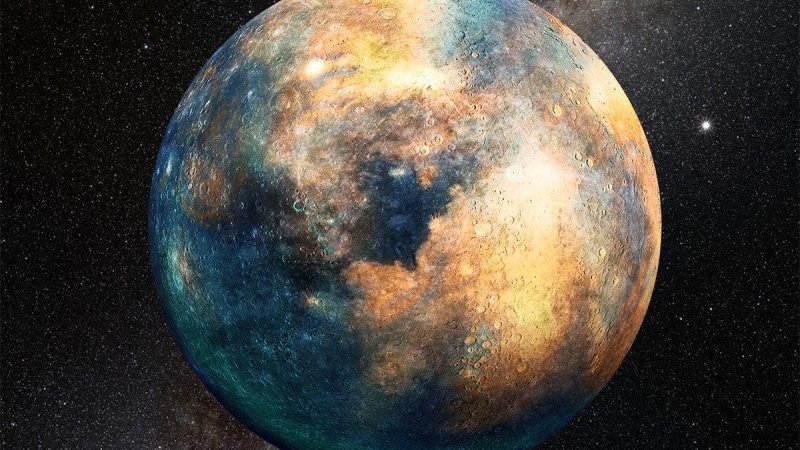 In the headline pic above: An artist’s impression of Planet Ten

Astronomers studying icy objects in a distant region called the Kuiper belt say an unconfirmed planet with similar mass to Mars could be responsible for tugging them out of alignment..

THE dark outer reaches of our solar system could be hiding a new planet – the ninth or tenth, depending on who’s counting. The as-yet-unconfirmed world, thought to be around the mass of Mars, would explain the wonky orbits of a group of icy objects in a region known as the Kuiper belt.

This region starts beyond Neptune and ends at a distance 55 times further from the sun than Earth is, or 55 AU. We have spotted an increasing number of its residents, with the discovery of numerous Pluto-sized objects leading to the former ninth planet’s downgraded status.

But could something larger lie out past Neptune? Kathryn Volk and Renu Malhotra at the University of Arizona believe so. They have uncovered signs of weird warps in the orbits of distant Kuiper belt objects.

Earth and the other familiar planets all orbit the sun in roughly the same plane. But the smaller Kuiper belt objects are far enough from the gravitational influence of the giant planets that they can orbit the sun at angles to this plane, nudged by their own gravitational interactions and past collisions.

It is possible to predict this angle, known as the inclination, for any object we observe. If those calculations don’t match the real path of the objects, it hints there is something lurking out of sight, tugging on the bodies we can see.

Last year, Mike Brown and Konstantin Batygin at the California Institute of Technology used this idea to predict the existence of a ninth planet, thought to be 10 times the mass of Earth, orbiting around 700 AU from the sun.

Now Volk and Malhotra have looked closer to home. In a study due to be published in The Astronomical Journal, they report that beyond 50 AU, the inclination of objects in the Kuiper belt differed from predictions by 8 degrees, on average.

“It’s not what we expect if the only planets in our solar system are those we know of,” says Volk. That means throwing a new planet into the mix – Planet Ten, assuming Planet Nine exists.

To cause this orbital warping, it must have a similar mass to Mars. It may have arrived there after being ejected in an ancient game of gravitational billiards. “If it’s the size of Mars, that is a pretty big object, which would suggest it would be most likely scattered out there by planetary movements further in,” says Volk.

An out there idea
“This fits really nicely with how we expect planets formed in the early solar system,” says Michele Bannister of Queen’s University Belfast. Various models show a family of small planets thrown outwards early in their development, probably by the migration of Neptune.

“It’s an interesting idea. One that deserves attention,” says Batygin. But given its mass and distance, it should be bright enough to have been seen by now, he says, although it could be obscured by the bright galactic centre. 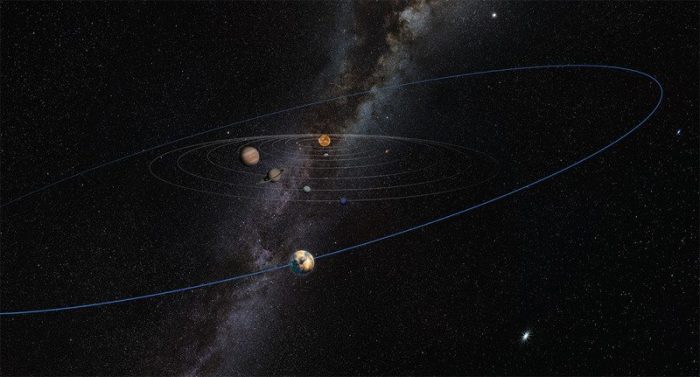 Could Planet Ten be lurking out there?

Others are wary of introducing new worlds to the solar system. “I am dubious that a planet so close and so bright would have remained unnoticed,” says Alessandro Morbidelli at the Côte d’Azur Observatory in Nice, France, who suggests that Planet Nine could account for at least some of the deviation.

Volk and Malhotra say finding more Kuiper belt objects will firm up their data. More information could come from the Outer Solar System Origins Survey, which is hunting and tracking thousands of objects. Bannister, who works on the survey, has used its data to search for Planet Nine, though the results were inconclusive (arxiv.org/abs/1706.05348).

Just how many new planets are out there remains to be seen, but Volk is confident in her finding. “It would have to be quite a fluke for this to not be a real effect,” she says. “We think there is a real signal there and this implies an additional planet.”

This article appeared in print under the headline “A new planet just round the corner?”