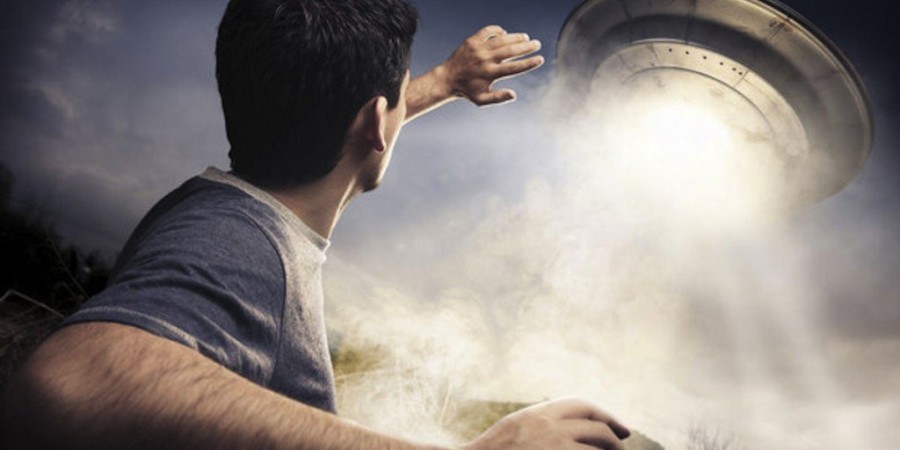 By staff writer Patrick C.
BENDEDREALITY.COM _May 2016
VIEW OTHER ARTICLES BY THIS WRITER

If you research the UFO phenomenon long enough, you’ll find similarities between alien abductions and the activity of fairies, elves, djnn, and ghosts to name just a few. Every culture at every point of humanities history records their presence. Abductions, the ability to walk through walls, materialization and dematerialization, and the creation of alternate realities.

What if “they” in fact are of one species, assuming forms based on the victims own expectations?

The following is my account of an abduction event that happened in Washington State. If I had not observed the UFO, I would have categorized it as poltergeist activity.

About 17 years ago my wife and I were visiting her mother in
Washington State. She had been showing us the country side,
it was getting late, about 9pm.

I was in the back seat, my mother in law was driving. my
wife in the front passenger seat.

It was a back road and as we turned the corner, I noticed
some colored lights next to a farm house quite a ways off in
the distance. We were getting closer to them.

My wife and mother-in-law were having a conversation but I
was fixed on the object, as I didn’t know quite what to make
of it. As we got closer, I could see that it was a craft
hovering next to the farm house.

At this point, I noticed the conversation had stopped from
the front seat.

Time seemed to slow down dramatically outside the car, but
I was moving around freely and at normal speed in the
car.

There were 3 tight beams of white light spinning around a
small patch of grass. It stopped when our car was directly
beside it, approximately 20 feet away, eye level. The bank
sloped down about 1 story to the farm house.

The craft itself was triangle, about 20 feet wide, it made
no sound, it had transparent tips with some type of liquid
light that would crash against it.

Yellow, green, red, but the colors would not mix as they
crashed against the side but displaced the other color. It
was like neon paint being violently thrown against a window.
This light was strong enough to also lite up the inside of
the car.

I then looked back to the front seat and noticed the
steering wheel was moving, making slight adjustments to keep
us on the road, but their were no hands on the wheel.

I looked at them, they were sitting at attention, rigid,
motionless, heads back in their seat rest, arms at their
side.

I stuck my head over to look at their faces, but they had no
faces. There was total blackness, no other way to describe
it, a oblong blackness that covered from the top of the
foreheads to their necks.

We passed the craft very slowly, again time was noticeable
different outside the car then it appeared inside. It was
different than just slowing down the car, hard to describe
but noticeable.

I just sat in awe watching it, as we got about 200 yards
away it changed its pitch to a 45% angle, and in a flash was
directly above the car, about 10 feet or so above, with a
slow counterclockwise turn.

I could see two distinct movements, the pitch to 45%, and
when it stopped the rest above the car, but craft left a
blur trail that was briefly visible.

Looking up at the craft, I was puzzled that there were no
marks on the surface. Where did those beams come from?, I
thought.

My neck got tired from watching it and I sat back to face
the front. I noticed sparks of light coming into existence,
and fading after a few moments. They were white and grew in
size rapidly, like sparks.

They didn’t hurt as some of them touched me. This went on
for a while and then the next instant it’s daytime,
approximately 4pm.

It was jolting to the senses and it took a moment to get my
barring. There was a car suddenly there, on coming traffic
on the other lane and other cars behind it.

We are still in the car, still on the road, and I notice the
conversation had resumed in the front seat, I turn my head
back and noticed the craft next to the farm house about a
hundred yards away, just as it had been the night before. I
saw it slowly turn and pitch slightly and it started to
leave.

I yelled to turn the car around, which they did. We followed
it for some time as it was traveling the same direction as
the road but rising slowly. It didn’t seem to care that it
was being observed. I don’t remember how we got home, but I
do remember us all being terribly sick, in bed not moving
sick, for several days.

Quote from a speech by Astrophysicist Neil deGrasse Tyson, “A disturbing thought, if you look at our closest genetic relative to human beings it would be the Chimpanzee.

We share 98-plus percent identical DNA. Here is what concerns me deeply .. everything that we are, that disguises us from the chimps emerges from that 1-plus percent in DNA.

The Hubble Telescope, Music, Mathematics, Art & literature is in that 1%.

Imagine another Life Form, that is 1% different from us, in the direction that we are to the Chimp.

We got 1% difference and we’re building the Hubble Telescope go another 1%. What are WE to THEY?

We would be drooling, blathering idiots in there presence. THEY would take Steven Hawking and roll him in front of their primate researchers and say, this one is like the most brilliant among them, he can do astrophysics in his head. Oh isn’t that cute, little Jonny can do that too.

Think about how smart they would be. Quantum mechanics would be intuitive to their toddler. Whole symphonies would be written by their children and put up on the refrigerator door like our pasta collages are.

So I lie awake at night, wondering whether simply we as a species are simply too stupid to figure out the Universe that were investigating.”