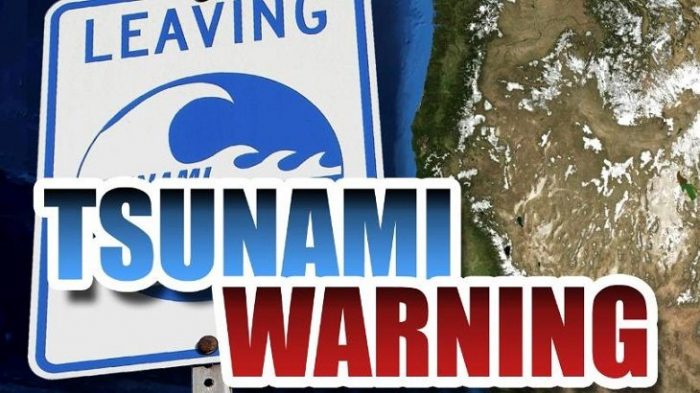 Are these multiple cases of false alarms just a series of coincidences or is something else going on here?

The U.S. National Tsunami Warning Center said a tsunami warning sent out to radio and television stations in Alaska Friday morning was meant to be a test, not an alert about an imminent wave.

The alert was sent at about 7 a.m. local time Friday morning and said the tsunami warning was in effect for the entire state for one hour.

The warning message immediately followed one that was clearly marked as a ‘test’. The Palmer Tsunami Warning Center is investigating what caused the false alarm to be sent statewide. In a tweet, the National Tsunami Warning Center said the ‘test’ message was misinterpreted, but Alaskans disputed that statement, saying there was no indication that the alert was simply a ‘test’. Given the rise in recent geological activity in the area as of late, this is something they sure need to work on. This is not the first or even second time that a false alarm was sent out, this now had many wondering, what is the real story here?

There is no Tsunami Warning currently for Alaska and/or the West Coast. We issued a routine communications test message at 7am AKST that has been misinterpreted. We are investigating this issue. Repeat: There is NO Tsunami Warning

It caused concern when I saw it this morning. There was no TEST in the communication.

It wasn’t misinterpreted if tou didn’t say ot was a test.

According to the Associated Press, the message lasted nearly two minutes, but there was an indication at the end of the alert that it was a test. Messages sent as tests generally say they’re a test at the beginning, the report added.

“I couldn’t find any earthquakes and was really perplexed,” Anchorage resident Rosemary Dunn told the AP. “They said it was misinterpreted. I’d really like to know what’s behind that, who misinterpreted that.”

The false alarm comes three months after a test message was mistakenly sent as an actual tsunami warning to residents up and down the East Coast in early February. Users of several weather apps, including The Weather Channel, saw the alert upon opening their app because of what was believed to be a coding issue.

Friday’s alert was not sent to cellphones, which would have happened in the event of an actual tsunami warning, the AP also said.