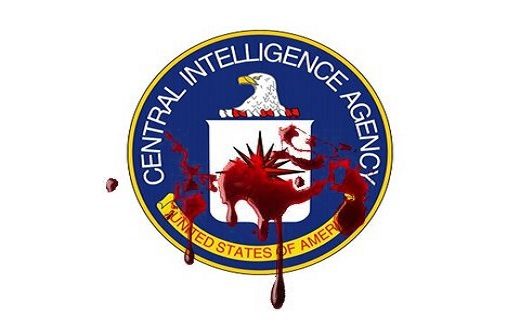 The CIA has been identified as a Terrorist Organization under the U.S. Federal Code of Regulations, the USA PATRIOT Act Section 802, the UN General Assembly, and the UN Security Council. This is covered toward the ending part of this article.

The CIA was exposed as a Terrorist Organization by their own documents (docid-32112987 and docid-32105759) which reveal plans to stage bombings throughout American cities including Miami, FL and Washington, DC, for the purposes of justifying a Cuban invasion.

These documents reveal how the CIA plotted to murder a boatload of refugees, commit biological attacks on Cuba to produce crop failures, prepare forged documents leading to the arrest of a “Cuban agent” all to substantiate Cuban involvement.

The CIA considered sabotaging airplane parts scheduled to ship from Canada to Cuba, and was paying Pan American Airlines $140,000 a month for contacts within Pan American with over-site of their Havana, Cuba flights.

The Citizens of Miami demand an immediate Special Council Investigation into all CIA activities to determine current and future terrorist plots against United States Citizens.

The Citizens of Miami demand Congress cease all funding related to the CIA or CIA related activities until the completion of the Special Council Investigation.

Additionally, all members of Congress and the President himself are currently in violation of the Constitution of the United States, to which they all swore an oath:

“support and defend the Constitution of the United States against all enemies, foreign and domestic”

From the Miami New Times:

“The CIA actually considered murdering a boatload of refugees, assassinating exile leaders, and planting bombs in Miami – all so Castro could be blamed for the chaos.”

“The basic idea was to turn world opinion against Castro and possibly justify a U.S. military invasion by pinning the atrocities on him.”

“The details of the sinister plot are included in a summary about OPERATION MONGOOSE, a 1960 covert operation hatched by the CIA under President Dwight Eisenhower with the aim of toppling Communist Cuba.”

The action plan for Operation Bounty: “Once this operation is implemented, covert actions by U.S. Agents could be initiated to kidnap known party members.”

FROM THE CIA DOCUMENT:

“We could develop a Communist Cuban terror campaign in the Miami area, in other Florida cities and even in Washington,”

“We could sink a boatload of Cubans enroute to Florida (real or simulated). We could foster attempts on lives of Cuban refugees in the United States even to the extent of wounding in instances to be widely publicized.”

“Exploding a few plastic bombs in carefully chosen spots, the arrest of a Cuban agent and the release of prepared documents substantiating Cuban involvement also would be helpful in projecting the idea of an irresponsible government,”

“The possibility of producing crop failures by the introduction of biological agents which would appear to be of natural origin.”

The release of 2,891 previously classified files also shed a light on more aggressive tactics by the CIA, which include the placement of bombs and the creation of a terror environment.

The CIA has been classified as a terrorist organization based on the following criteria as defined by the following governmental bodies:

The U.S. Code of Federal Regulations defines terrorism as:

“the unlawful use of force and violence against persons or property to intimidate or coerce a government, the civilian population, or any segment thereof, in furtherance of political or social objectives”

“Expanded the definition of terrorism tllo cover “”domestic,”” as opposed to international, terrorism. A person engages in domestic terrorism if they do an act “dangerous to human life” that is a violation of the criminal laws of a state or the United States, if the act appears to be intended to: (i) intimidate or coerce a civilian population; (ii) influence the policy of a government by intimidation or coercion; or (iii) to affect the conduct of a government by mass destruction, assassination or kidnapping.”

“Criminal acts intended or calculated to provoke a state of terror in the general public, a group of persons or particular persons for political purposes are in any circumstance unjustifiable, whatever the considerations of a political, philosophical, ideological, racial, ethnic, religious or any other nature that may be invoked to justify them.”

“criminal acts, including against civilians, committed with the intent to cause death or serious bodily injury, or taking of hostages, with the purpose to provoke a state of terror in the general public or in a group of persons …”

The term “conspiracy theory” was actually coined by the CIA to discourage and discredit those who would dare question the motives and truthfulness of governments and their agencies.

I say you are crazy if you don’t question, everything, your government tells you from now on.

Please share with as many people as you can,

SOURCES: http://miaminewtimes.com/news/jfk-docs-cia-plotted-to-bomb-miami-kill-refugees-and-blame-castro-9782696″
VIEW OTHER ARTICLES BY THIS WRITER
IF YOU ENJOY THIS SITE PLEASE TELL OTHERS ABOUT US…SHARING IS CARING
Start the discussion below..
LIKE WHAT YOU SEE ON BENDEDREALITY ? PROVE IT WITH A DONATION 🙂

The views expressed and information presented in this article are those of the writer and their sources – Reposting of this article is allowed with inclusion of full attribution and a link back to this site (BENDEDREALITY.COM) as well as credit to the author of this article. If you are interested in being a guest writer for our site, please CONTACT US and let us know, we would be glad to consider you for a guest writing opportunity (EXPERIENCE NOT MANDATORY).