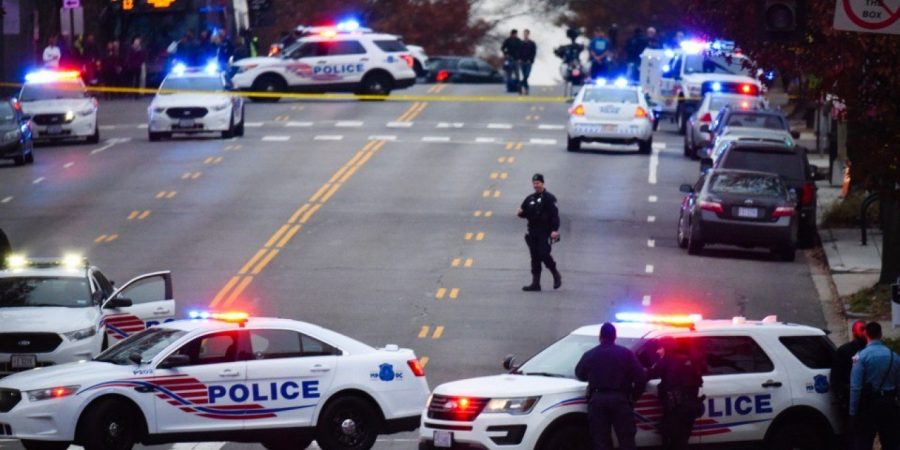 The bizarre rumours began with a leaked email referencing Hillary Clinton and pizza parties. It morphed into fake online news stories about a child sex trafficking ring operating out of a popular Washington, D.C., pizza joint.

On Sunday, it culminated in violence when police say a North Carolina man fired a rifle inside the Comet Ping Pong restaurant as he attempted to “self-investigate” the conspiracy theory known in the Twitterverse as “Pizzagate.”

No one was hurt and the man was arrested. But the shooting alarmed those from neighbouring businesses all the way to the White House about the real life dangers of fake news on the internet. One of those people posting on the conspiracy theory is the son of President-elect Donald Trump’s proposed national security adviser.

Edgar Maddison Welch, 28 of Salisbury, North Carolina, was arrested Sunday afternoon in an affluent neighbourhood of the nation’s capital, police said in a statement. No one was injured.

The fake news stories alleging that Clinton and her campaign chief ran a child sex ring out of the restaurant have been denounced by the owner of the popular pizza restaurant.

“We should all condemn the efforts of certain people to spread malicious and utterly false accusations about Comet Ping Pong,” owner James Alefantis said. “Let me state unequivocally: These stories are completely and entirely false, and there is no basis in fact to any of them. What happened today demonstrates that promoting false and reckless conspiracy theories comes with consequences.”

Even Monday, Michael Flynn Jr., who has posted frequently on the Pizzagate theories, continued to push the conspiracy theory. He’s an adviser to his father, Michael Flynn, whom Trump has selected to serve as national security adviser.

On Monday, Trump’s team had no immediate response to questions about the conspiracy theory or the role of Michael Flynn Jr. in the transition.

On Sunday, bartender Lee Elmore told news outlets, people in the restaurant began to panic as an armed man walked to the back of the restaurant.

“One of the hosts runs up and says did you see that guy? He had a big gun,” Elmore said.

“His demeanour was bizarre, in that if you come in to a place to eat, you ask for a host or grab a seat at the bar,” Elmore said. “Didn’t make any eye contact, didn’t talk with anybody.”

Police say Welch told them he had come to the restaurant to “self-investigate” the fictitious conspiracy theory that spread online during Clinton’s unsuccessful run for the White House. Upon arriving at the restaurant, he walked in the front door and pointed a gun toward an employee, who fled and contacted police, according to authorities.

Welch fired the rifle inside the restaurant, and rounds possibly hit the walls, door and a computer, all of which were damaged, police spokeswoman Karimah Bilal said.

Authorities set up a perimeter and arrested Welch safely, Interim D.C. Police Chief Peter Newsham said. Welch was charged with assault with a dangerous weapon. Police recovered an AR-15 rifle, a Colt .38 handgun, a shotgun and a folding knife. A telephone number listed for Welch in North Carolina was disconnected.

On Monday, court records showed that Welch “surrendered peacefully when he found no evidence that underage children were being harboured in the restaurant.”

Comet Ping Pong is in a neighbourhood of well-tended private homes and apartment buildings on leafy streets that lead to a mix of shops, restaurants.

SHOW YOU CARE, COMMENT AND SHARE (BELOW)
IF YOU ENJOY THIS SITE PLEASE TELL OTHERS ABOUT US…SHARING IS CARING