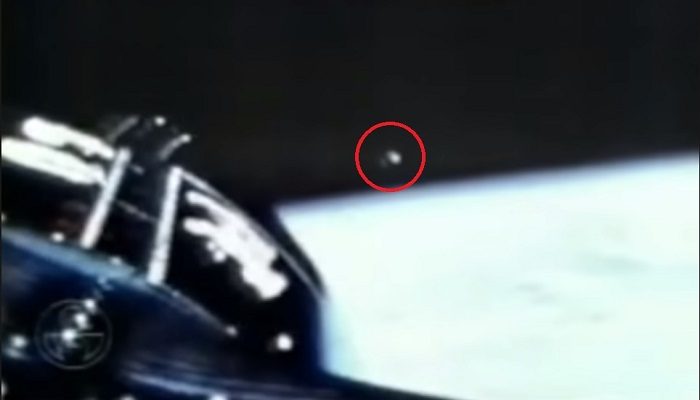 Former US Astronaut Talks About His UFO Sightings

He pointed out that there were hundreds of reports made by his fellow pilots, many coming from military jet pilots sent to respond to radar or visual sightings.

In his memoirs, Cooper wrote he had seen unexplained aircraft several times during his career, and that hundreds of reports had been made.

Cooper’s story proves once again that pilots and astronauts have had UFO encounters over the years as well as they have reported it too, but despite the US congress UFO hearing on the so-called tic tac UFOs they still cover it up as they not want to tell the truth about the existence of Extraterrestrial UFOs.

Cooper’s letter to the UN about this UFO phenomenon:

I wanted to convey to you my views on our extra-terrestrial visitors popularly referred to as “UFO’s”, and suggest what might be done to properly deal with them.

I believe that these extra-terrestrial vehicles and their crews are visiting this planet from other planets, which obviously are a little more technically advanced than we are here on earth. I feel that we need to have a top level, coordinated program to scientifically collect and analyze data from all over earth concerning any type of encounter, and to determine how best to interface with these visitors in a friendly fashion. We my first have to show them that we have learned to resolve our problems by peaceful means, rather than warfare, before we are accepted as fully qualified universal team members. This acceptance would have tremendous possibilities of advancing our world in all areas. Certainly then it would seem that the UN has a vested interest in handling this subject properly and expeditiously.

I should point out that I am not an experienced UFO professional researcher. I have not yet had the privilege of flying a UFO, nor of meeting the crew of one. I do feel that I am somewhat qualified to discuss them since I have been into the fringes of the vast areas in which they travel. Also, I did have occasion in 1951 to have two days of observation of many flights of them, of different sizes, flying in fighter formation, generally from east to west over Europe. They were at a higher altitude than we could reach with our jet fighters of that time.

I would also like to point out that most astronauts are very reluctant to even discuss UFO’s due to the great numbers of people who have indiscriminately sold fake stories and forged documents abusing their names and reputations without hesitation. Those few astronauts who have continued to have a participation in the UFO field have had to do so very cautiously. There are several of us who do believe in UFO’s and who have had occasion to see a UFO on the ground, or from an airplane. There was only one occasion from space which may have been a UFO.

If the UN agrees to pursue this project, and to lend their credibility to it, perhaps many more well qualified people will agree to step forth and provide help and information.

I am looking forward to seeing you soon.