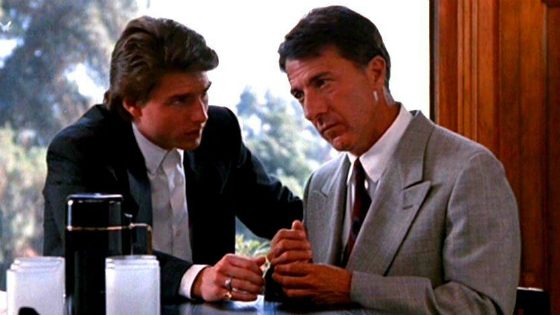 For people with agenesis of the corpus callous, the brain lacks the fibres that connect the left and right hemispheres.

A gene responsible for mild cases of the brain disorder behind the 1988 hit movie Rain Man has been identified.

Kim Peek was the real-life ‘mega-savant’ who inspired the Oscar-winning movie. But aside from his phenomenal ability to memorise books word-for-word, Peek’s brain was odd.

One striking feature was that it lacked the thick bundle of nerve fibres – the corpus callosum – that usually bridges the divide between the left and right hemispheres.

The condition, called agenesis of the corpus callosum, or ACC, isn’t that uncommon. It affects around one in 4000 newborns, and an estimated 3-5% of children with an intellectual disability. It is also a common cause of terminations in the later stages of pregnancy.

But it’s a baffling condition. It can crop up along with a constellation of other brain malformations – as it did in Peek’s case – or on its own. And the effects can vary dramatically, making it difficult for clinicians to give anxious parents or pregnant couples a clear idea of what to expect.

“The outcomes are very variable, from patients with normal intellect to patients with severe disabilities and the entire spectrum in between,” says Rick Leventer from the Murdoch Children’s Research Institute in Melbourne, who led the study.

But findings by Leventer and an international team of collaborators means that clinicians can now put some parents’ minds at ease.

Their work, published by Nature Genetics, has uncovered a gene responsible for mild cases of ACC.

Based on previous studies, the team homed in on a gene called DCC. Knock the gene out in mice, and the corpus callosum fails to form. The team surmised that DCC mutations might do the same in people.

Previous work has only linked the DCC gene to another condition – mirror movements disorder (MM) – a frustrating condition where people can’t stop one side of their body from mirroring what the other side is doing.

The team investigated four multigenerational families with one or more cases of ACC or MM, as well as 70 unrelated individuals with ACC.

Mutations in the DCC gene were responsible for all cases of ACC and MM in the families studied, and in five of the unrelated cases.

Importantly, all of these ACC cases were mild – the people studied had either normal or borderline impaired intellectual capacity, but not severe intellectual disability.

The finding will help in assessing cases of ACC in newborns or unborn babies. If the test shows that a DCC mutation is the culprit, parents can be reassured that the consequences of the condition are likely to be mild.