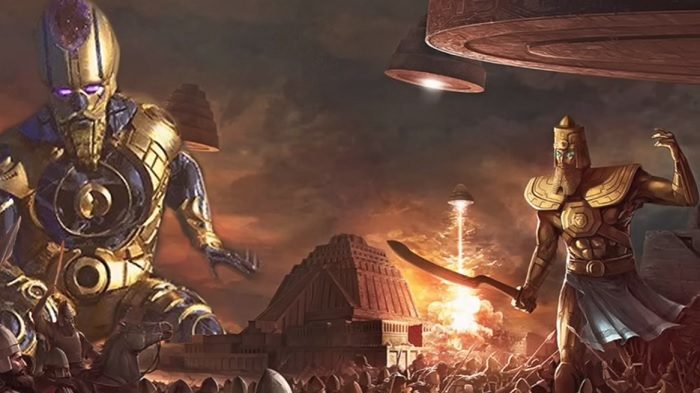 Ancient records and religious texts describe multiple “Gods” (aka extraterrestrials) creating humanity in a series of genetic experiments and warring among themselves over who would be dominant in influencing Earth’s future.

The world’s oldest known creation story, Sumer’s Enuma Elish, and other ancient texts introduce the different creator Gods and how they formed grand assemblies to resolve their differences over the destiny of humanity.

This new video is the official trailer/short film for the “World Religions and Extraterrestrial Contact” webinar to be held on August 13.

In addition to the above issues, the trailer discusses the rise and fall of Atlantis in relation to creator Gods/extraterrestrials alarmed over humanity’s rapid technological development.

Finally, this short film covers the return of the creator Gods (Elohim/Anunnaki) to our solar system and what this means for us today.