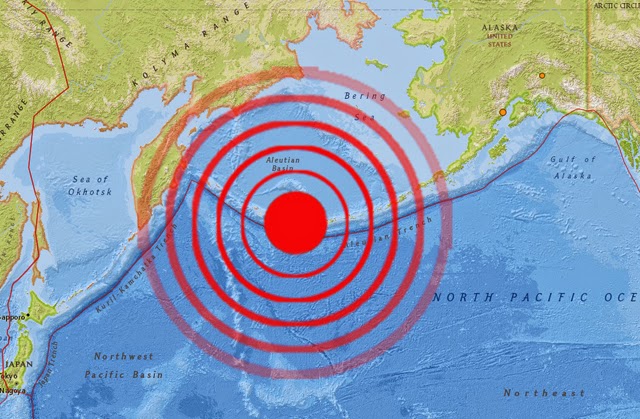 In the next half-century, there is a 9 percent chance that a magnitude 9 earthquake will strike the Aleutian Islands, which is sufficient enough to create a mega-tsunami that will especially threaten Hawaii.

Using a novel computer model, researchers from the University of Hawaii at Manoa predicted such occurrence, which is earlier estimated to cause a damage of almost $ 40 billion and affect over 300,000 individuals.

The Aleutian Islands stretch from the Alaskan coast toward Russia, and scientists estimate a significant likelihood of a dramatic slip along the fault lines of the subduction zone on which these islands sit. Hawaii is particularly at risk of a tsunami created by this forecasted phenomenon.

“Having no recorded history of mega tsunamis in Hawai‘i, and given the tsunami threat to Hawai‘i, we devised a model for Magnitude 9 earthquake rates following upon the insightful work of David Burbidge and others,” said geophysicist and lead author Rhett Butler.

The team devised a numerical model working according to the fundamentals of plate tectonics, integrating fault system measurements – namely fault length along with convergence rate – with Bayesian probability models. They validated it through seismic data on the five largest earthquakes since 1900, including the great quakes that struck Tohoku in Japan in 2011, Chile in 1960, and Alaska in 1964.

Butler explained that while all the five events had different details, they all produced massive and widely destructive tsunamis. These five alone, too, make up half of the seismic energy released around the world since 1900.

The team refined the model further by integrating ancient tsunami evidence, preserved in geologic and archeological sites and records. The model they created actually meshed well with the paleotsunami accounts, reported Butler.

They are now planning to expand their analysis to include smaller quakes – or those of magnitude 7 to 8, around the Pacific region.
The findings were published in the Journal of Geophysical Research: Solid Earth.

And it’s not just that part of the fault that’s long overdue. Others have not moved as expected, including those in San Bernardino County since 1812 and further southeast toward the Salton Sea since about 1680 to 1690.