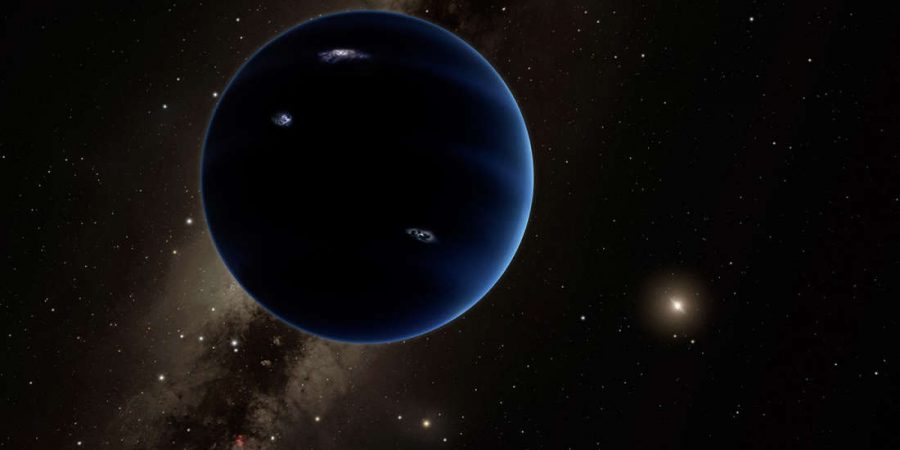 Hypothetical Planet Nine Might Be Closer To Us Than Previously Thought

Three years ago astronomers proposed the existence of a ninth planet in the Solar System. The planet is supposed to orbit further out than anything we have yet seen within our Solar System, but according to the most recent model, if it exists it is closer to us than originally thought. And a bit smaller too.

The model is discussed in an invited review article for Physics Reports. The original proposers of Planet Nine, Caltech’s Mike Brown and Konstantin Batygin, together with Fred Adams and Juliette Becker from the University of Michigan, have provided an update on what they think Planet Nine might be like. They now expect it to be about five times the mass of Earth with an orbit whose semi-major axis is around 400 times the Earth-Sun distance.

The idea that Planet Nine existed was put forward to explain the curious orbital clustering of small objects beyond the orbit of Neptune. Since then, the presence of this unseen planet has been used to explain several different phenomena. Observational campaigns have tried to discover the object, but so far, they’ve had no success.

“The presence of Planet Nine would beautifully and coherently answer several seemingly unrelated open questions about the Solar System,” Becker, who’s a graduate researcher, said in a statement. “I look forward to the day we either see it or rule it out so that we can conclusively answer these questions.”

Brown and Batygin recently published another study about the orbital clustering and Planet Nine. They worked out a way to quantify potential bias in individual observations. The idea is that maybe the clustering we see is to do with other factors. They estimate that the probability that Planet Nine is not there is around one in 500.

“Although this analysis does not say anything directly about whether Planet Nine is there, it does indicate that the hypothesis rests upon a solid foundation,” Brown stated.

Thanks to improved telescope sensitivity and more sky surveys, researchers optimistically think that in the next 10 to 15 years we will be able to either observe Planet Nine or have enough data to rule it out.

“With its proposed properties, Planet Nine is right on the edge of being observable,” explained Adams. “But this is a very dim object in a very big sky. Since we don’t know exactly where it is, you have to survey the whole sky, or at least large portions of it, in order to find the planet.”

The hunt for this possible world continues. 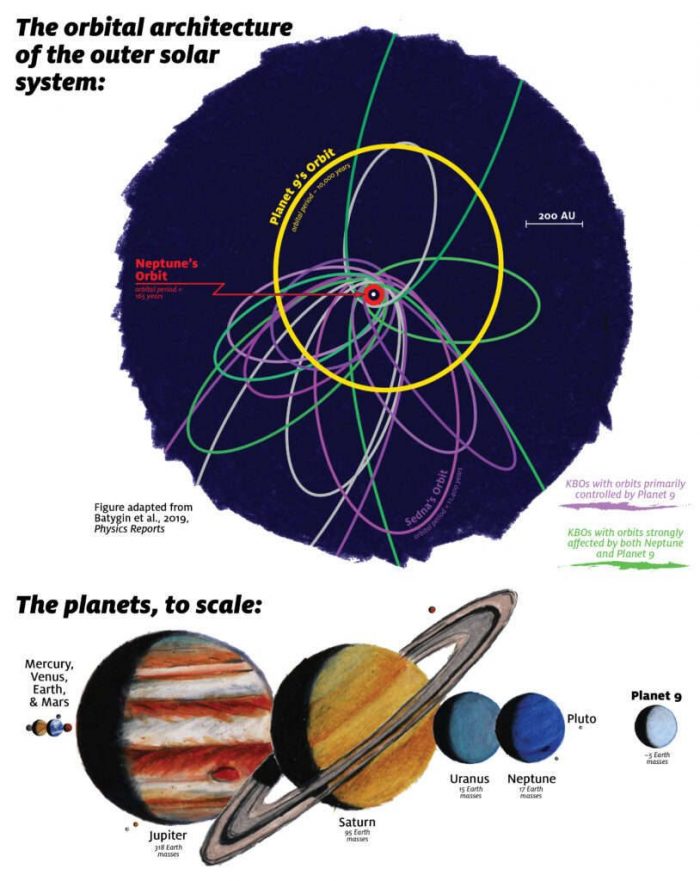 Orbits of the distant Kuiper belt and Planet Nine. Orbits rendered in purple are primarily controlled by Planet Nine’s gravity and exhibit tight orbital clustering. Green orbits, on the other hand, are strongly coupled to Neptune, and exhibit a broader orbital dispersion. Updated orbital calculations suggest that Planet Nine is an approximately 5-Earth-mass planet that resides on a mildly eccentric orbit with a period of about 10,000 years. Image credit: James Tuttle Keane/Caltech