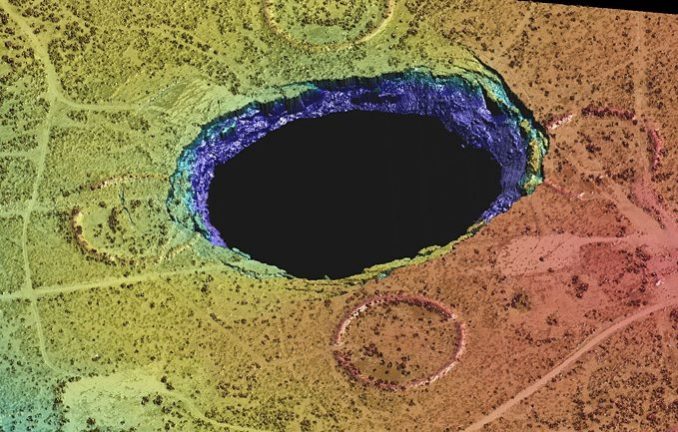 Reminds me of the Yamal Peninsula Craters in Siberia.

It began with sinkholes. Two of them, gaping mouths to nowhere opening up as if to swallow the town of Wink, Texas. As they expanded, there were fears they might collide, morphing into one giant void.

They first emerged in 1980, and things haven’t gotten better since. Now, an unprecedented study reveals Wink and its vast sinkholes are just a tiny part of a much bigger problem – a vast stretch of historical oil fields that are heaving and sinking, covering an area almost the size of Connecticut.

“The ground doesn’t typically do this without some cause.” 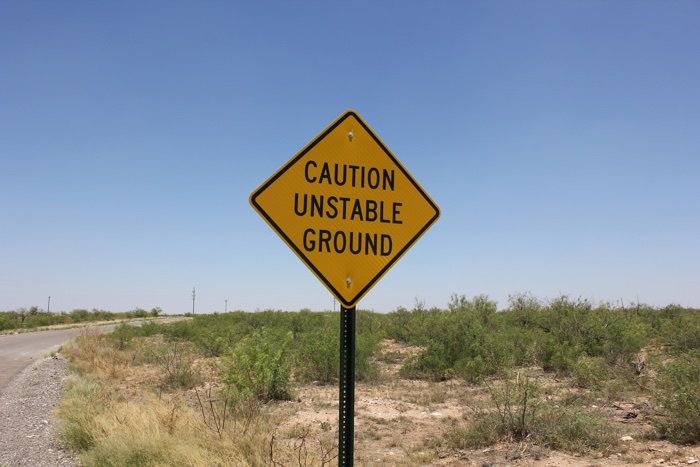 Lu was part of a team who in 2016 used satellite data to reveal that the two Wink sinkholes weren’t frozen in place, but could be about to expand in response to subsidence detected in and around the town.

Now, the researchers have used the same techniques, zoomed out, to find that an area encompassing some 10,360 square kilometres (4,000 square miles) – covering four counties and six towns – is in fact sinking and uplifting, in parts by as much as 1 metre (40 inches).

“These hazards represent a danger to residents, roads, railroads, levees, dams, and oil and gas pipelines, as well as potential pollution of ground water,” Lu says.

“Proactive, continuous detailed monitoring from space is critical to secure the safety of people and property.”

The satellite data the team used was sourced overhead in between November 2014 and April 2017, and coupled with oil-well production data provided by the Railroad Commission of Texas, the researchers conclude this epic instability is the result of decades of oil extraction in the area, and its knock-on effects on rocks below the surface of the earth. 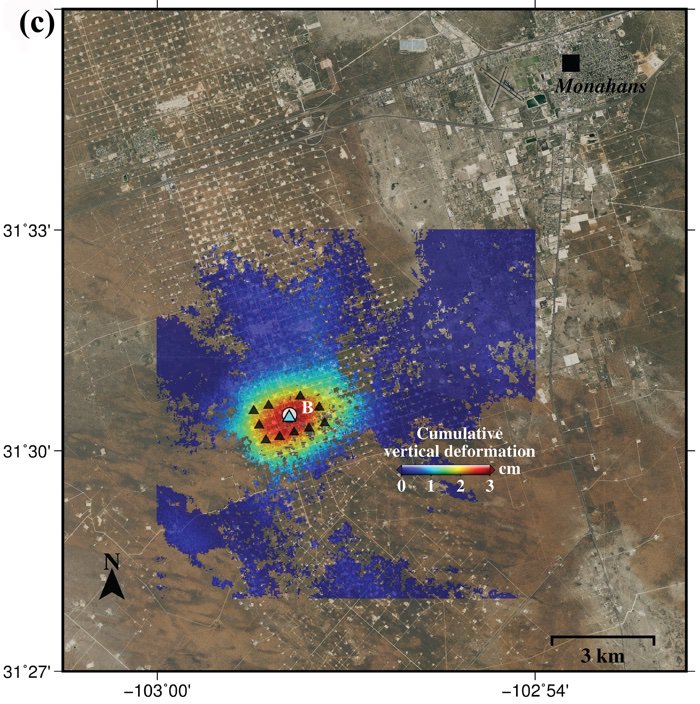 Nobody’s sure quite how the heaving and sinking will develop from here, but the bad news is the phenomenon might not be contained to the already vast expanse of oil fields the researchers have so far looked – the extent of the damage could ultimately be way bigger.

“Our analysis looked at just this 4,000-square-mile area,” says one of the team, geodetic scientist Jin-Woo Kim.

“We’re fairly certain that when we look further, and we are, that we’ll find there’s ground movement even beyond that. This region of Texas has been punctured like a pin cushion with oil wells and injection wells since the 1940s and our findings associate that activity with ground movement.”

The subsidence issues – which are thought to be tied to seismic activity that’s previously been linked to oil and gas operations in Texas – will be monitored ongoing by the team, who want to know how bad the problem is, and how far it reaches.

“We have seen a surge of seismic activity around [the town of] Pecos in the last five to six years. Before 2012, earthquakes had not been recorded there,” Kim says.

“Although earthquakes and surface subsidence could be coincidence, we cannot exclude the possibility that these earthquakes were induced by hydrocarbon production activities.”

There’s a lot more research to be done before we understand the full extent of this heaving landscape, but it sure looks like a legacy of plunder spanning most of a century has left the ground under Texas disturbed, even famished, and the time has come where it wants something back in return.

The findings are reported in Scientific Reports.