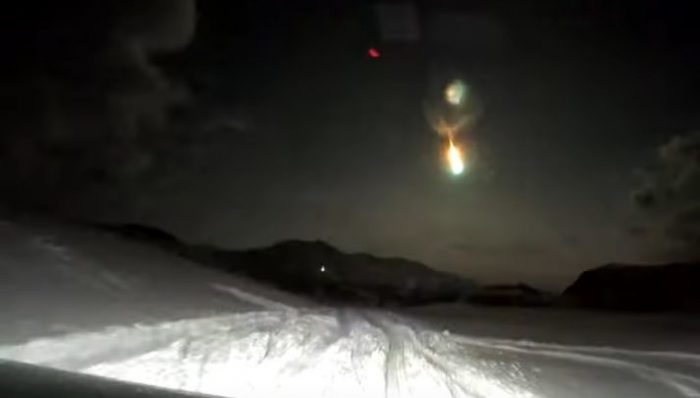 On January 21, 2020 Nizar Samir Al Murr was traveling through the snowy roads of Mount Sannine in Lebanon when his car camera recorded the moment a falling meteor streaked over head.

Nizar said, “One of the best biggest meteors ever recorded on video!!!”

The event was witnessed by others too but perhaps not many were lucky enough to record it.

Meteor explodes over mt. Sannine, Lebanon last night, Jan 25/26th. Thanks to Makram Younis for the report, source via Weather Of Lebanon – posted with permission. pic.twitter.com/KEbjzLLoLz

Some have speculated it may have been falling debris from satellites, but so far there has been no official statement as to what the object might have been.

Some have even linked the falling meteor with an earthquake that struck Turkey on January 24, which was also felt in Lebanon but to a much lesser degree. Though likely there is no connection as the poster of the video said it was actually recorded on the 21st but uploaded on the 24th.

Still, a fascinating and beautiful sighting.