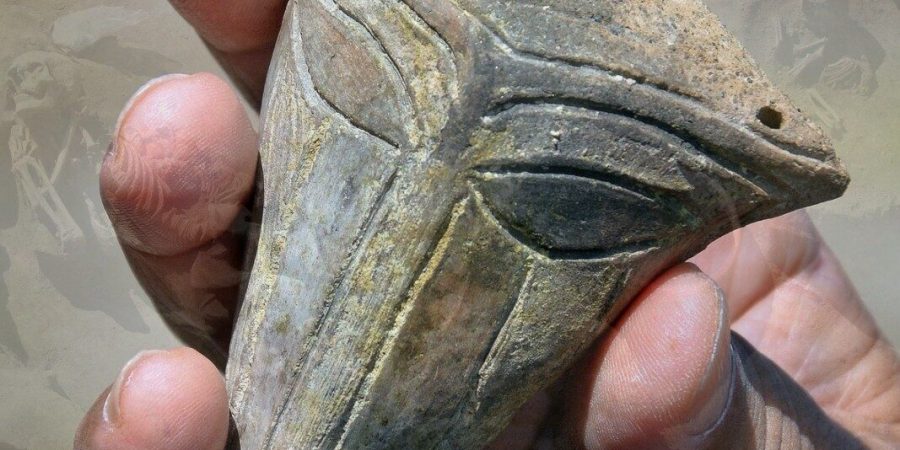 This year’s archaeological season at the oldest salt mining center in Europe, which dates back to the 5 – 4th millennium BC and became the first prehistoric town on the continent, is now over. The site is located near the present town of Provadia (northeastern Bulgaria) and has been studied for years. Due to the Covid-19 pandemic, archaeologists’ work began later this summer, but the season was extremely successful.

The latest find by Prof. Vasil Nikolov and his team is a mass grave. Days ago, while exploring the bottom of an evaporation pool, archaeologists came across 6 skulls, including children’s. It is not known whether the people buried there were killed in some of the attacks against the fortress city, or whether it was an internal conflict over salt, which was used as currency at the time. 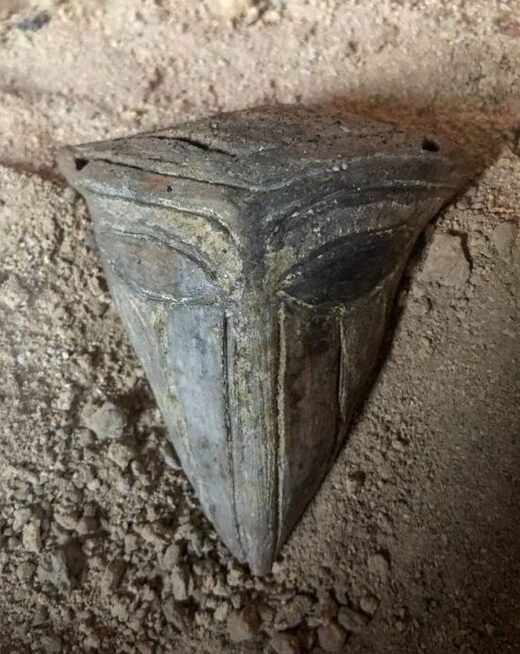 © Provadiya – Solnitsata Prehistoric Settlement F/B Page
The more than 6,000-year-old mouthless prehistoric “alien” mask from the Salt Pit prehistoric town in Northeast Bulgaria might have been a status symbol

Among the most interesting finds at Provadia-Saltworks this summer is a unique late Chalcolithic artifact. The ancient ceramic object has a triangular shape and shows an anthropomorphic image of a human face. It looks a lot like a mask. In its upper part one can see something similar to stylized ears. In addition, the object has two holes, which most likely served for hanging. The eyes of the mask are elliptical, eyebrows are painted and a nose can be seen. But the strangest thing is that the human-like image has no mouth, and many say it looks like an alien in a spacesuit. It is assumed that the object was a symbol of high status in the social hierarchy. 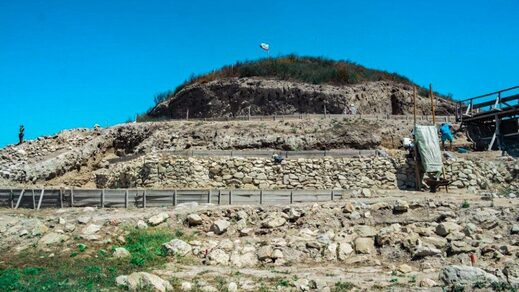 The focus of the archaeological works this summer were the fortification systems of the Saltworks, as well as its settlement part, including two houses, one of which was a two-storey building and its occupants used 400 square meters of space. 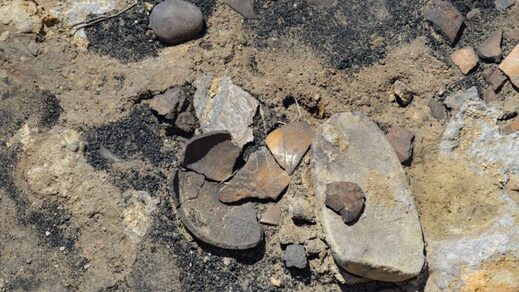 The origin of the Saltworks is linked to the largest and only deposit of rock salt in this part of the Balkan Peninsula. Thanks to salt, the inhabitants of the ancient town accumulated innumerable riches. Prof. Vasil Nikolov connects the salt deposit near today’s Provadia with another unique find in the area – the Varna Chalcolithic Necropolis, where the oldest processed gold in the world was discovered, dating back to the same era as the Saltworks.