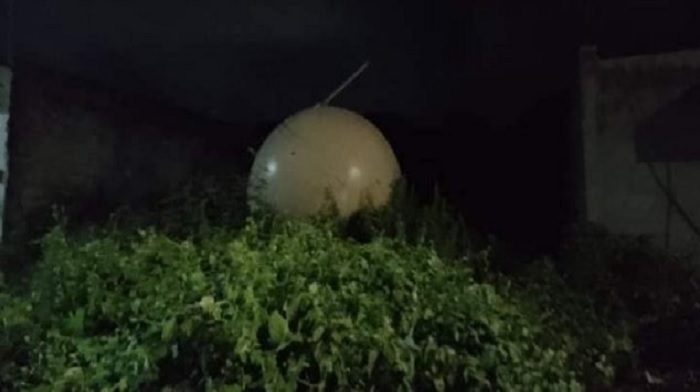 Mysterious Spherical Object Falls from the Sky over Mexico

The unidentified object reportedly landed in a tree after falling from the heavens over Veracruz on July 31st.

Yesterday it was reported that a large piece of space junk had landed in a field in Australia and now it turns out that something else had descended from the sky over the weekend – a solid sphere that fell over Mexico and that has since been generating quite a lot of discussion and debate on social media.

TV meteorologist Isidro Cano Luna has been leading efforts to get to the bottom of the mystery.

According to his Facebook post, the object is made of either metal or hard plastic and appears yellowish in color with what appears to be some sort of antenna sticking out of the top.

Despite the intrigue surrounding it, however, many social media users have been quick to dismiss it as little more than a piece of space junk from a defunct satellite or spacecraft.

He also warned locals not to touch it in case it turns out to be radioactive.

The original post and photographs can be viewed below.