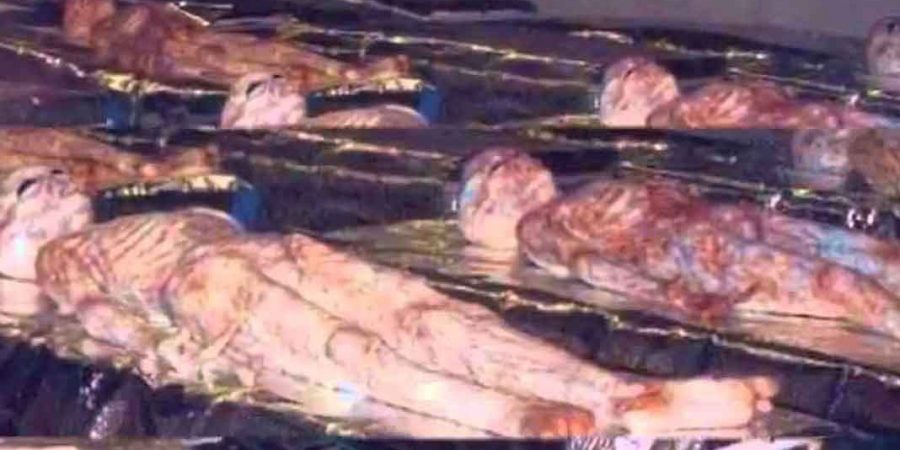 The late Lt Col Ellison Onizuka, who died in the 1986 Challenger space shuttle explosion, told his claims about the world’s most famous and unexplained UFO case to colleague Clark C McClelland.

Mr McClelland, a former Spacecraft operator of the NASA space shuttle fleet, revealed their conversation in an article he penned called Alien Disclosure From an Astronaut.

The Roswell myth has been at the heart of the UFO scene since in July 1947 the military sensationally announced in a press release it had found the remains of a crashed flying saucer in the desert nearby.

Mr McClelland told how he learned of the bizarre story as he and Mr Onizuka discussed their time at NASA during a routine preparation mission.

He was surprised when Mr Onizuka asked about his opinions on intelligent extraterrestrial life.

He wrote: “(Mr Onizuka) had a surprising experience along with other US Air Force (USAF) aerospace flight engineers and pilots while on military training duty at McClellan air force base, about eight or nine years prior to his astronaut training.

“He and this group were at this base for specialised training when they were directed to report to a viewing room.

“As they were seated, the room darkened and a movie began without the usual official introduction by a USAF officer.”

Mr McClelland claims Mr Onizuka described being startled when the film “began to show what appeared to be some sort of medical examination room with small bodies laying on some sort of table or slab”.

He added: “The small, strange looking creatures were humanoid in shape and appeared similar to those described by alleged witnesses at the well-known Roswell site in the Southwest USA in 1947.

“They all had large heads, large eyes, slight torsos, arms, and legs. They did not appear to be of earthly origin.” 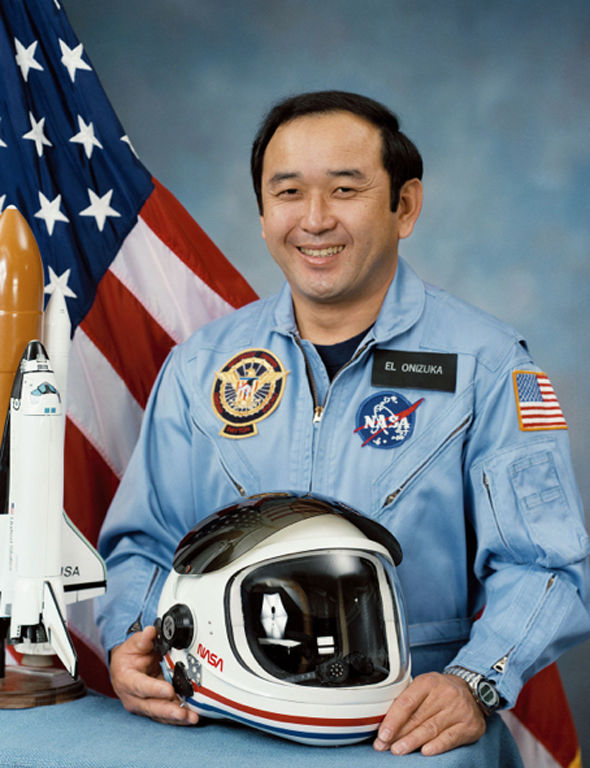 Mr Onizuka is said to have told Mr McClelland when the film ended they were returned to their duties and not given any opportunity to discuss what happened.

He speculated, claimed Mr McClelland, it “may have been a test of their psyche to see how they reacted.”

Mr McClelland quoted him as saying: “Perhaps it was a planned USAF psychological test for military reasons.

“NASA may have evaluated it in my selection as an astronaut in 1978. You know, what would my reaction be if I actually saw an alien being?”

The pair apparently agreed to meet again to discuss it further, but then, on January 8, 1986, Mr Onizuka, and six other astronauts perished in the space shuttle disaster.

Of course, there is no way of verifying Mr McClelland’s account, as he relayed it after Mr Onizuka died.

Mr McClelland has been known to make wild claims in the past.

He once gave a testimony of seeing a nine-foot alien in an astronaut outfit interacting with NASA astronauts in a bay of a space shuttle as he was monitoring it from the Kennedy Space Centre in Cape Canaveral, Florida.

He also claims to have seen on another occasion a UFO at the rear of the shuttle.

But, Ryan Sprague, author of “Somewhere in the Skies: A Human Approach to an Alien Phenomenon” is prepared to give him the benefit of the doubt.

In a blog about his Mr Onizuka claims, Mr Sprague wrote: “Throughout the history of modern UFO research, there have been many reports of crashed flying saucers and dead alien bodies being shipped off to destinations unknown.

“And while many of these reports come from dubious and less than credible witnesses, there are those rare occasions when the story rests on the shoulders of extremely prominent and highly credible individuals.

Nigel Watson, author of the UFO Investigations Manual, told Express.co.uk: “Since the 1950s other military and civilian personnel have also claimed being shown films or documents that provide proof of ET bodies or flying saucer retrievals.

“If this those and Mr McClelland’s story is true, regarding a film screening showing alien bodies, it might have been a test by the USAF and/or other agencies to find out the reactions they would get from the viewers.

“At best this is an interesting story but lacks any firm evidence of the existence of extraterrestrials.”