Headline image caption: Compare the Earth object seen on the left to the one on Mars on the right
A BENDEDREALITY.COM EXCLUSIVE ARTICLE

In the summer of 2013 an image of a wedge and dome, keyhole-shaped formation was brought to the attention of members of both The Cydonia Institute (TCI) and the Society for Planetary SETI Research (SPSR) by Greg Orme, an independent Australian researcher and fellow SPSR member. Orme provided a link to the original 2011 Mars Reconnaissance Orbiter HIRISE image that contained a caption, offered by Dr. Alfred S. McEwen, a Professor of Planetary Geology at Arizona State University, which whimsically equated the formation with an “exclamation mark”. The caption also attempts to explain its symmetrical shape by stating, “the origin of these hills may be difficult to understand on such ancient terrain. The straight edges suggest fractures related to faults. Maybe this feature was lifted up by the faulting, maybe the surrounding terrain has been eroded down over billions of years, or both.” That is a lot of maybes. 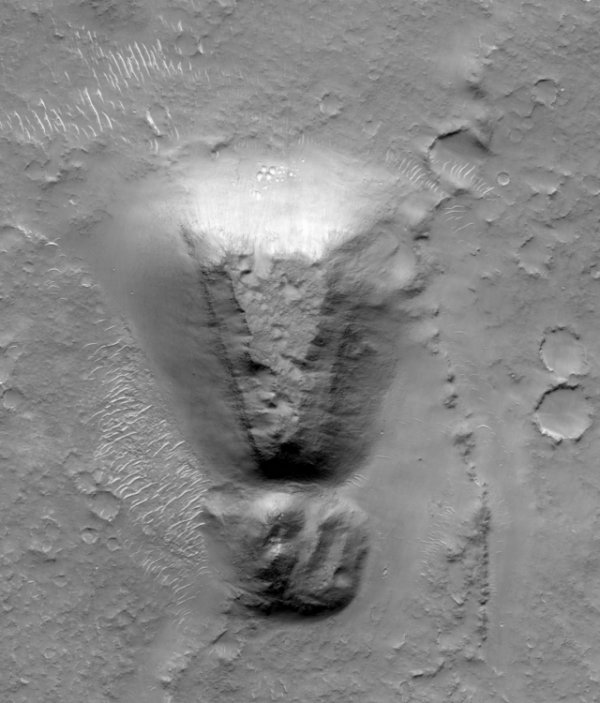 An independent research team led by the director of The Cydonia Institute, George Haas, found the formation to be so exceptional that they went public with its discovery and posted an article on their discussion board. “This formation just might be the strongest evidence we have seen, so far that supports an intelligent design hypothesis,” Haas reported. The team quickly began an in-depth analysis of the structure and, after three years of study, their work has become the subject of a science paper recently published in the current issue of the Journal of Space Exploration (Volume 4, Issue 3, November 2016). The paper, “A Wedge and Dome Formation Set within the Flat Plains of Libya Montes” features NASA’s “exclamation mark” and highlights its overwhelming symmetry and validating its unique set of geometric measurements. 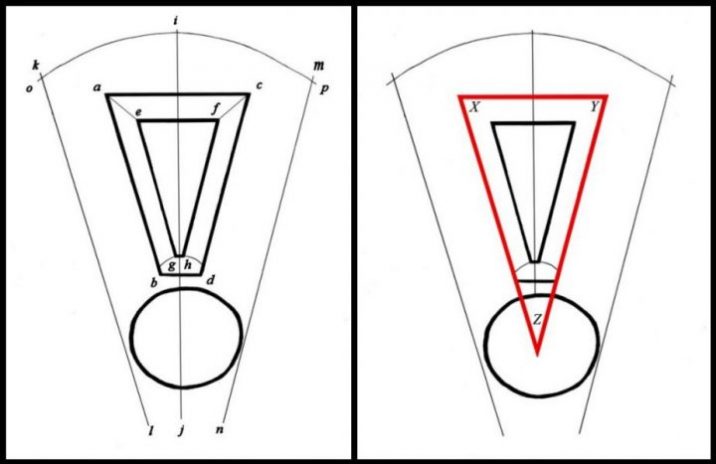 When compared to a collection of similar keyhole-shaped formations produced in Kofun Japan between 250AD – 538AD as tombs for elite rulers and kings, these monumental structures not only duplicate the triangular and circular design, but according to Haas, “these two structures may reveal a lost legacy shared between two worlds”.

Saunders, a geomorphologist from Calgary Canada, found the stark, isolation of the keyhole formation to be one of its most fascinating aspects. He concludes, “the location of this wedge and dome-shaped formation can only be the result of three possible scenarios. It could have been deposited on this stark, open plane by floodwaters or possibly it was brought in by some unknown glacial action. The grand size of the keyhole-shaped formation and its vast, desolate terrain leaves these first two possibilities in question. These two opposing shapes would have to be deposited in the exact position to create the recognizable keyhole signature. The next problem is the formations opposing surfaces. Each of these rock formations would have to be of a different composition or were acted upon by separate forces to produce such radically opposing shapes. The circular dome-shape is highly degraded, while the sharp, linear edges of the wedge structure indicate it has undergone very little alteration. This leaves a third explanation, which suggests that it was intentionally transported and positioned by intelligent forces”. 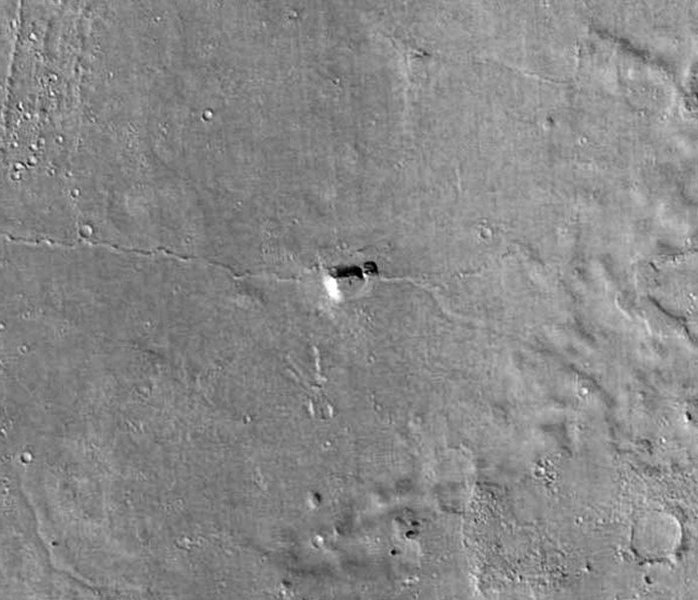 Interest in Mars has been on the rise over the past few years. With the discovery of liquid water and organic chemistry on its surface, it has recently accelerated with Elon Musk’s announcement that he will get humans to the red planet within the next six years. Perhaps, the discovery of this keyhole-shaped structure will not only provide more incentive, but also give Musk something to search for when he gets there…and maybe start digging.

Contributors to the paper include members of the Society for Planetary SETI Research and The Cydonia Institute; William Saunders, a geomorphologist in Canada; George Haas, a sculptor in Virginia; Michael Dale, a geologist in Oklahoma; and James Miller an image analyst located in New Jersey.

A link to a PDF version of the paper is provided here: http://www.tsijournals.com/journals/journal-of-space-exploration.html

IF YOU ENJOY THIS SITE PLEASE TELL OTHERS ABOUT US…SHARING IS CARING
Start the discussion, leave a comment below
HELP US CONTINUE OUR WORKMAKE A DONATION