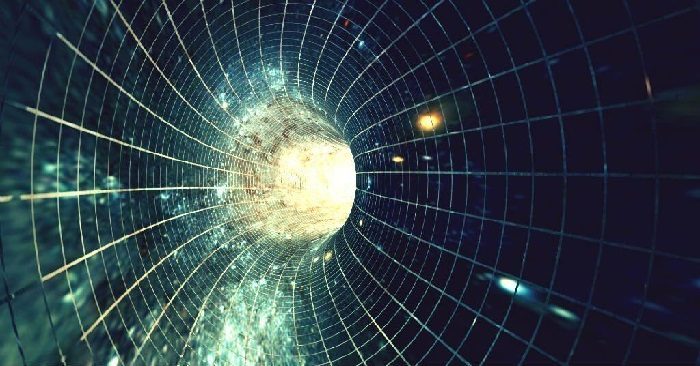 No one has yet managed to travel through time – at least to our knowledge – but the question of whether or not such a feat would be theoretically possible continues to fascinate scientists.

As movies such as The Terminator, Donnie Darko, Back to the Future and many others show, moving around in time creates a lot of problems for the fundamental rules of the Universe: if you go back in time and stop your parents from meeting, for instance, how can you possibly exist in order to go back in time in the first place?

It’s a monumental head-scratcher known as the ‘grandfather paradox’, but now a physics student Germain Tobar, from the University of Queensland in Australia, says he has worked out how to “square the numbers” to make time travel viable without the paradoxes.

“Classical dynamics says if you know the state of a system at a particular time, this can tell us the entire history of the system,” says Tobar.

“However, Einstein’s theory of general relativity predicts the existence of time loops or time travel – where an event can be both in the past and future of itself – theoretically turning the study of dynamics on its head.”

What the calculations show is that space-time can potentially adapt itself to avoid paradoxes.

To use a topical example, imagine a time traveller journeying into the past to stop a disease from spreading – if the mission was successful, the time traveller would have no disease to go back in time to defeat.

Tobar’s work isn’t easy for non-mathematicians to dig into, but it looks at the influence of deterministic processes (without any randomness) on an arbitrary number of regions in the space-time continuum, and demonstrates how both closed timelike curves (as predicted by Einstein) can fit in with the rules of free will and classical physics.

“The maths checks out – and the results are the stuff of science fiction,” says physicist Fabio Costa from the University of Queensland, who supervised the research.

While the numbers might work out, actually bending space and time to get into the past remains elusive – the time machines that scientists have devised so far are so high-concept that for they currently only exist as calculations on a page.

We might get there one day – Stephen Hawking certainly thought it was possible – and if we do then this new research suggests we would be free to do whatever we wanted to the world in the past: it would readjust itself accordingly.

“Try as you might to create a paradox, the events will always adjust themselves, to avoid any inconsistency,” says Costa. “The range of mathematical processes we discovered show that time travel with free will is logically possible in our universe without any paradox.”

The research has been published in Classical and Quantum Gravity.