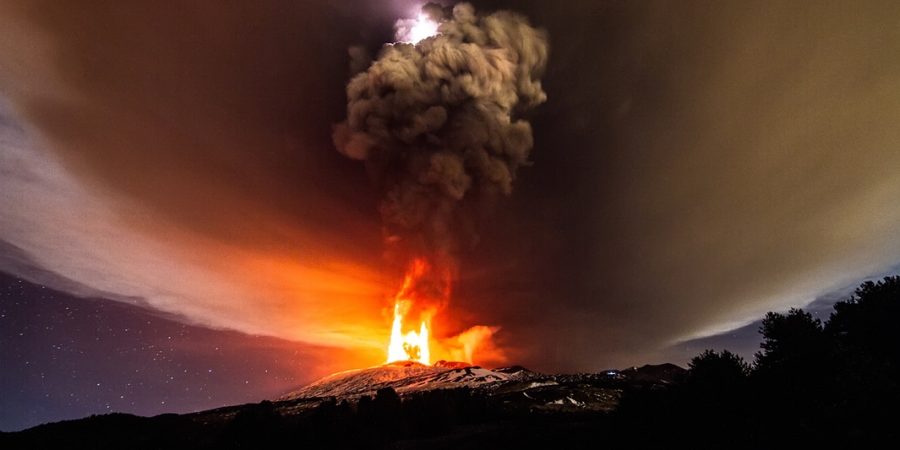 I tend to question the reason or cause that they are giving for the increase when there is obvious reasons like a migrating magnetic pole that is about to flip and also there is the slowing of Earths rotation that can be strongly related to the coming increase in the volcanic activity and strength.

A strong volcanic eruption in the Philippines forced over 50,000 people to evacuate and sent ash plumes over a mile into the sky on Tuesday morning.

Meanwhile, an eruption at a Japanese ski resort north of Tokyo caused avalanches that killed one person and trapped many others on the mountain.

These powerful volcanic events may be examples of what the world could look like in coming centuries due to an ominous trend. A recent study in the journal Geology suggests that volcanic activity is likely to increase as the planet warms from human-caused climate change.

The key, according to the researchers, is the relationship between glacial ice and subsurface magma.

To understand this effect, the team studied records of volcanic eruptions in Iceland from 5,500 to 4,500 years ago – when the climate was much colder than it is today.

The researchers looked at ash deposits in the geologic record in Iceland and Europe, and figured out which periods had increased volcanic activity based on thicker, more widespread ash in lakes and bogs.

The team then analysed these high-activity periods in relation to times of glacial retreat. They found that the number of eruptions declined as the climate cooled and glacial cover increased.

During that time, there was also a reduction in the volume of lava that came out of Icelandic volcanoes.

The reverse was also true. When glaciers retreated, the researchers found that volcanic activity increased.

Scientists say Earth’s glacial ice is melting at an unprecedented rate due to climate change. Between 1979 and 2006, summer melt of the Greenland Ice Sheet increased by 30 percent, according to the National Snow and Ice Data Center.

At Glacier National Park, all but 26 of the 150 glaciers that existed in the late 1800s have melted away, and scientists predict we’ll lose the rest.

However, the new paper found a 600-year lag between when glaciers expanded and when volcanic activity decreased, Graeme T. Swindles, the paper’s lead author and a professor of at the University of Leeds, told Scientific American.

The paper didn’t calculate how much time elapsed between the retreat of glaciers and the increase in eruptions, but the delay could be similar.

“Given the time lag identified here, increase in volcanic eruptions due to ongoing deglaciation since the end of the Little Ice Age may not become apparent for hundreds of years,” the paper said.

While the relationship between glacial retreat and increased volcanic activity isn’t fully understood, the connection is likely due to the pressure glacial ice exerts on the Earth’s surface. When that pressure eases, magma can more easily bubble up.

“After glaciers are removed, the surface pressure decreases, and the magmas more easily propagate to the surface and thus erupt,” Swindles said.

Iceland has a lot of glaciers and is volcanically active, so that area may be more susceptible to this effect than, say, the Philippines. But Swindles warned that the trend is likely not confined to the northern country.

“I think we can predict we’re probably going to see a lot more volcanic activity in areas of the world where glaciers and volcanoes interact,” Swindles told Scientific American, pointing to the Pacific Northwest, South America, and Antarctica.