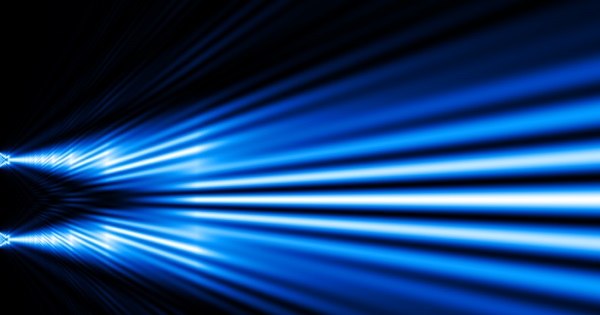 Proof That the Universe Is Not an Entirely Logical Place

The twin slit experiment yields likely the most astounding (and kind of terrifying) results in my humble opinion.

The video below shows scientific proof that there is something NOT quite logical or scientific about this universe. The mere act of observation can completely change the outcome of an event! Before I get too ahead of myself, you need to watch the video below to understand:

So what’s the reason for this? Does the electron somehow know that it is being watched? That was the only “logical” reason that scientists could come up with so much skepticism and controversy followed.

Then in 2002, a group of researchers set up the experiment in a way that the electron could not possibly receive information about the existence of an observing instrument. The setup was on a much smaller scale: a single photon was emitted and an interferometer that observed the wave-or-particle behavior was either inserted or not inserted. (Click here to download the full report)

Here’s the kicker: The insertion of the interferometer took only 40 nanoseconds (ns) while it would take 160 ns for the information about the configuration to travel from the interferometer to reach the photon before it entered the slits. This means in order for the photon to “know” if it was being watched, that information would have to travel at 4 times the speed of light, which is impossible(the speed of light is the universal speed limit).

The Results: The photons acted like particles 93% of the time that they were observed. Even if the photon “guessed” the configuration each time, statistically speaking it would never have more than 52% accuracy. In scientific experiments, a 93% success rate is as conclusive as they come.

WHAT ARE THE IMPLICATIONS OF THIS?

1. Matter can act as both a wave and a particle depending on whether or not it is being observed (Wave-Duality Theory)

This is the least meaningful implication for you as a macroscopic organism, but nonetheless, it’s a pretty crazy concept.

2. Observation can (possibly) affect the outcome of macroscopic events

After all, you and everything you know are composed of these microscopic particles, so why couldn’t something large be influenced as well? It would be the sum of a seemingly infinite amount of pieces of matter acting as either waves or particles. Scientists have very mixed opinions on this topic so I’ll just say it makes sense to me that this could happen on a larger scale.

3. We don’t know very much about this universe (Science is not yet an ‘exact science’)

There are a couple things out there that science still cannot explain, like the characteristics of gravity, but this blows Newton’s discovery out of the water. As we study smaller and smaller particles in order to understand more about what we’re made, we seem to find more things that just don’t make sense. Point being that nothing should be ruled out completely because we simply cannot know anything for certain at this point.

What other implications did you get out of these experiments?