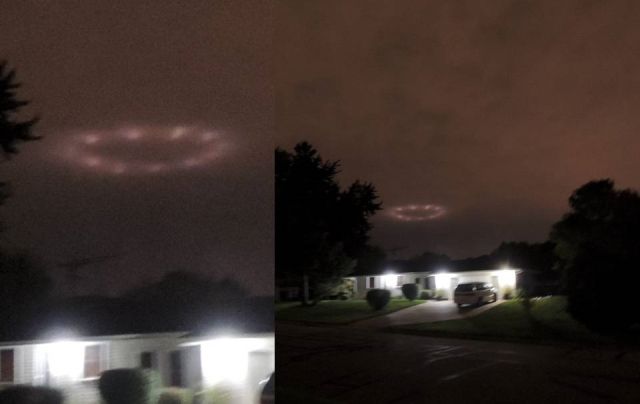 In a previously shared article on September 14, residents from Shakopee Archery Range, Jackson Township and Stillwater in the state of Minnesota, saw a strange ring of lights resembling a flying saucer… see the previous article here.

The mysterious ring of light has appeared again and this time above Bloomington, Minnesota on September 30, 2018, see image above (headline image).

The flying saucer-like object has been photographed by a couple who were driving home from downtown Minneapolis and when they exited the highway in Bloomington, they saw a small-ish band of light in the sky.

As they continued on the road, the circular “orb-ish” object appeared to get larger, with about a dozen points of brighter light with a slightly dimmer ring connecting them. It just hovering in the sky, there was no movement and it was not the moon shining behind a cloud, according to the witnesses. Mufon case 95253.

Might this be just a hoax using a drone or drones or could there be more going on with this ring of lights?