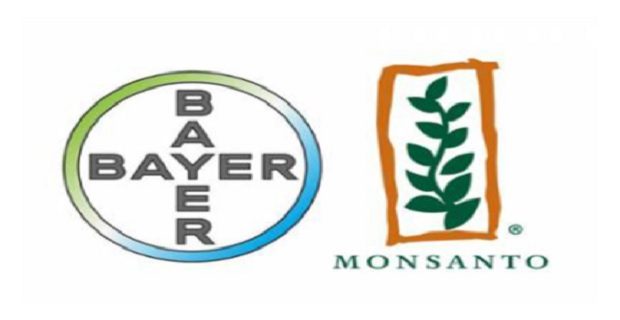 Monsanto’s Roundup raises the risk of certain cancers in heavily-exposed individuals by an eye-popping 41 percent, according to a study by former EPA advisors that may influence a coming wave of legal actions against the company.

Exposure to glyphosate-based herbicides like Roundup dramatically increases a person’s risk of developing non-Hodgkins lymphoma, a new review of studies found, adding to the mounting pile of evidence against Monsanto’s popular weed killer, now owned by Bayer. The meta-analysis, published in Mutation Research, analyzed the results of six earlier studies to find individuals with heavy exposure to the herbicide had a 41 percent higher risk of developing non-Hodgkins lymphoma than those not exposed.

“This paper makes a stronger case than previous meta-analyses that there is evidence of an increased risk of NHL due to glyphosate exposure,” said Lianne Sheppard, study co-author and University of Washington professor. “From a population health point of view, there are some real concerns.”

A former scientific adviser to the US Environmental Protection Agency (EPA) on glyphosate, Sheppard has criticized the environmental agency for “not following their own rules” in evaluating the herbicide when an advisory panel was convened in 2016 to determine its safety after several papers were published on Roundup’s carcinogenicity. Two more of the study’s authors also served on that panel, which is still cited by Bayer as proof that their product is safe. The EPA is now reviewing the study.

The researchers focused on heavily-exposed groups, they said, because if Roundup wasn’t carcinogenic – as Bayer-Monsanto argues – even a high degree of exposure shouldn’t lead to increased cancer risk. They included a 2018 study that Monsanto had previously used to disprove the Roundup-cancer link – but which in fact confirms it among the heavy exposure cases.

“Together, all of the meta-analyses conducted to date, including our own, consistently report the same key finding: exposure to glyphosate-based herbicides are associated with an increased risk of non-Hodgkins lymphoma,” the authors wrote.

Bayer dismissed the new study as “statistical manipulation” contradicting “the extensive body of science, 40 years of real world experience, and the conclusions of regulators.”

After a historic court ruling in August in which the agrochemical conglomerate was forced to pay $78 million for “acting with malice” in concealing the carcinogenic risk of its product, resulting in a California groundskeeper’s cancer, Bayer-Monsanto is facing over 9,300 additional lawsuits from others with non-Hodgkins lymphoma who believe Roundup was responsible. The next case begins later this month.