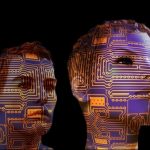 Within 20 Years Man & Machine Will be Melded into One, Says IBM Expert

A senior IBM inventor has predicted that within 20 years humans will be injected with nanomachines that will be able to repair and enhance our bodies and augment our thoughts. In a submission to the Artificial Intelligence Committee of the UK’s House of Lords, John McNamara, who works at IBM’s Hursley Innovation Centre, said that the tiny robots will have … Continue reading → 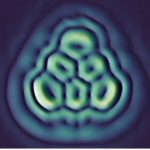 IBM Created an “Impossible” Molecule that Could Power Quantum Computers

Chemists hate being beaten by physicists at their own game. At IBM Research, physicist Leo Gross and his team have done just that. Gross’s team made a triangular molecule that chemists have found impossible to produce by conventional chemistry. To rub it in even more, Gross and his colleagues may go even further by using these molecules to create long … Continue reading →

THE ELECTION OF Donald Trump will be a moment of reckoning for America’s tech firms, which hold an unprecedented amount of power in the face of a president who holds an unprecedented disregard for basically everything. We’ll see, gradually, if Silicon Valley bows to Trump, remains neutral, or tries to counter his genuinely destructive agenda. Today, we’ve learned one thing: … Continue reading → 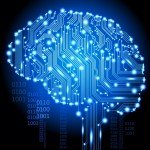 HANGZHOU, Dec. 24 (Xinhua) — The human brain is the world’s most sophisticated computer, but a group of Chinese scientists have developed a computer chip that works much like the brain. Jointly developed by scientists from Hangzhou Dianzi University and Zhejiang University in east China’s Zhejiang Province, the new chip, named “Darwin,” was revealed earlier this week after more than … Continue reading →