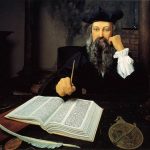 Did Nostradamus Forewarn the World of Impending Doom in 2019?

NOSTRADAMUS’ intriguing predictions made in the 16th century have baffled critics and supporters alike for hundreds of years. Did the infamous French prophet warned the world of an impending cataclysm in the year 2019? Michele de Nostredame, the 16th-century apothecary and writer, is considered by many to be the greatest prophet and mystic ever born. Nostradamus left his footprint on … Continue reading → 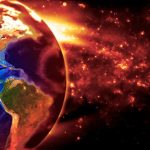 With scientist warning us of an increase in large earthquakes (and as a bi-product a possible increase in volcanic activity) due to the slowdown in Earth rotation speed, and also solar activity declining (normally associated with a drop in global temperatures or mini ice age), one can’t help but be intrigued by this prediction. via Express UK: THE END OF … Continue reading → 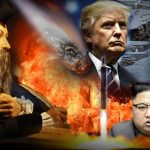 Terrifying 2018 Nostradamus Predictions, Those That Have come TRUE And Those Yet to Pass

NOSTRADAMUS’ predictions have baffled scientists for decades and as the year comes to an end, here is a look at everything the French mystic was right about. Michel de Nostredame was a 16th century apothecary and seer whose many claims to fame include foretelling the rise of Adolf Hitler and Donald Trump’s presidential election. The prophet from Southern France left … Continue reading → 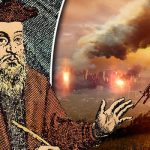 AS 2016 draws to a close, we take a look at which Nostradamus prophecies could come true in 2017. Michel de Nostredame was a 16th century French philosopher who, according to followers, has predicted many historical events including 9/11, the rise of Hitler and Donald Trump’s presidential victory. After a year full of surprises and political upsets, believers have looked … Continue reading → 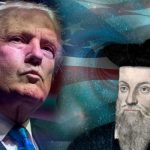 Conspiracy theorists claim NOSTRADAMUS predicted Donald Trump’s election as President of the United States and said it will also herald the end of the world. The Republican nominee pipped the Democrat’s Hillary Clinton to a shock victory in a close race for the presidency of the US. While many were surprised by the billionaire’s victory in the 2016 US election, … Continue reading → 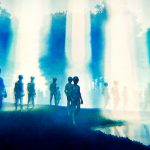 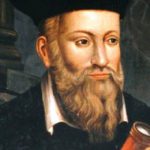 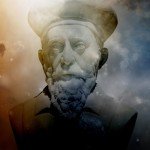 The French physician and astrologer, Michel de Notre Dame, historically known as Nostradamus, is considered by many as one of the most accurate prophets in history. In his book ‘The Prophecies’, he writes more than a thousand four-line poetic verses called “quatrains,” verses that seem to predict the future. Michel began to have visions at a very early age. He … Continue reading →