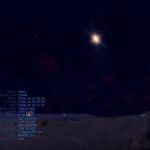 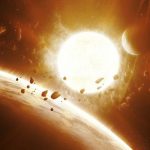 NIBIRU will strike Jupiter and “destroy everything” it has been claimed amid fears Planet X is poised to hit Earth. A YouTube video claiming to expose the truth about Nibiru, also known as Planet X or Wormwood, claims Earth is heading for a massive “cosmic event”. The video titled, ‘Planet X Nibiru Won’t Come to Earth But will Hit Jupiter … Continue reading →

JOIN US ON OUR FACEBOOK AND TWITTER PAGE What the public has not been told is that the decade-long litany of global geological and meteorological calamities is caused by Planet X-provoked solar excitations. Disasters will worsen as Planet X nears its gravitational loop-around rendezvous with our Sun. NASA’s own documents named this massive object “PLANET X” even before it had … Continue reading →